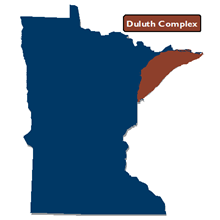 Exploration in the Duluth Complex 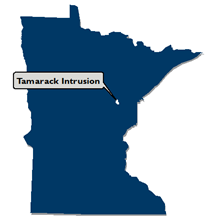 Exploration in the Tamarack Intrusion 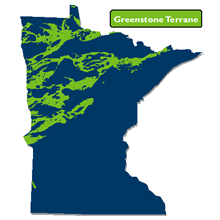 Exploration in the Greenstone Terrane

The greenstone terrane that host many of Canada's richest gold camps continue across the U.S. border and into the northern portion of Minnesota. There has been gold exploration in the greenstone terranes of Minnesota for more than 100 years. There are many bedrock locations that contain economic quantities of gold, but so far only small tonnages have been found. One example is near the cities of Virginia and Gilbert, just north of the iron mines. Currently there is gold exploration occurring in St. Louis, Itasca, and Koochiching counties.
Map of Greenstone Terrane Exploration » as of March 2017