Channel catfish are exciting sport fish and tasty table fare that are becoming more and more popular with Minnesota anglers. They can be found in large and small rivers, lakes, and ponds. In Minnesota, channel catfish are common in the Minnesota River, Mississippi River, St. Croix River, and Red River of the North. Channel catfish can also be found in many of our inland lakes, especially in the southern half of the state.

General description: The channel catfish is a comet shaped fish with a forked tail, flat head, barbels (sometimes called whiskers), and smooth skin. Its mouth is wide and flat with bristle-like teeth. The scale-less body is silver-gray to black in color with scattered black spots on the back and sides (spots disappear from larger, older fish). In order to correctly identify the channel catfish take a look at Lesson 2:3 – Fish Families to learn about all the members of the Catfish Family. 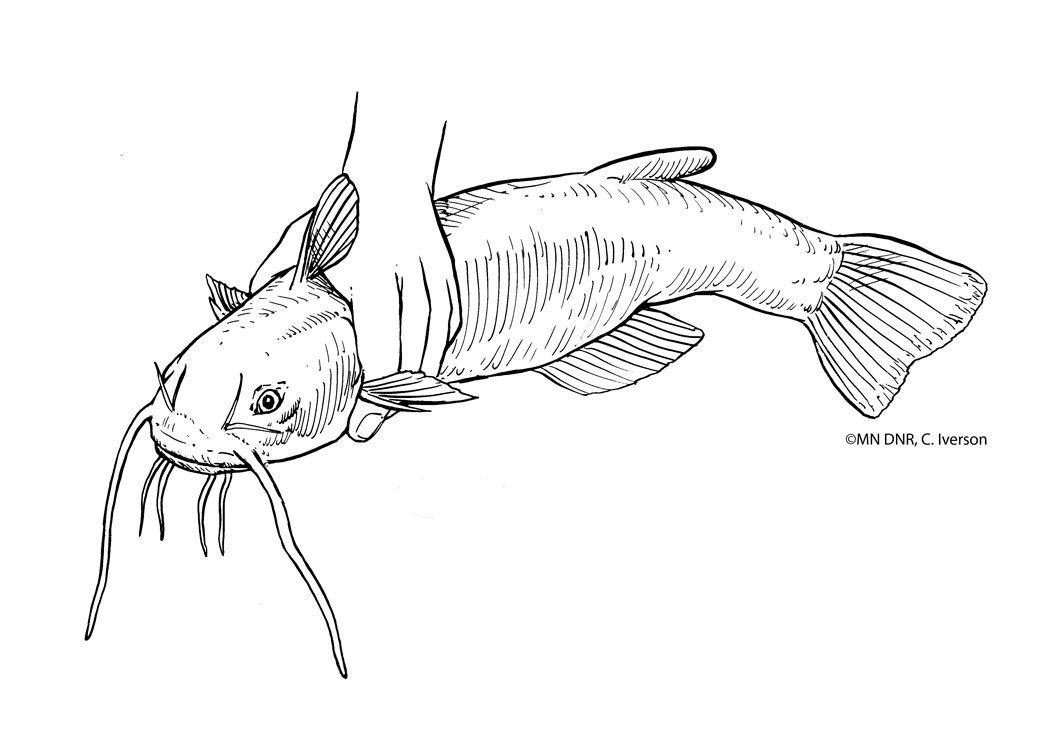 How to hold a catfish

Catfish can’t “sting” you. But these fish have sharp spines, one in the top (dorsal) and one in each side (pectoral) fin. If you’re not careful, you can accidentally poke your hand on these spines.

Channel catfish eat crayfish, insects, snails, small clams, worms, fish, and the seeds of elm and silver maple trees. They primarily feed at night, which is the best time to catch them. Because catfish have an enhanced sense of taste and smell, they frequently find their food using these senses. Lesson 2:1 – Fish Sense has a great overview of the extraordinary sense of taste of the catfish.

Channel catfish spawn when water temperatures reach 75 degrees, usually in late June. The eggs are deposited in a jelly-like mass. After spawning, the male drives off the female and guards the eggs. The eggs hatch in six to ten days, depending on water temperature.

As with any fish species, the smaller you are the more vulnerable you are to being eaten. Young channel catfish often fall prey to large freshwater fish such as flathead catfish and muskies. 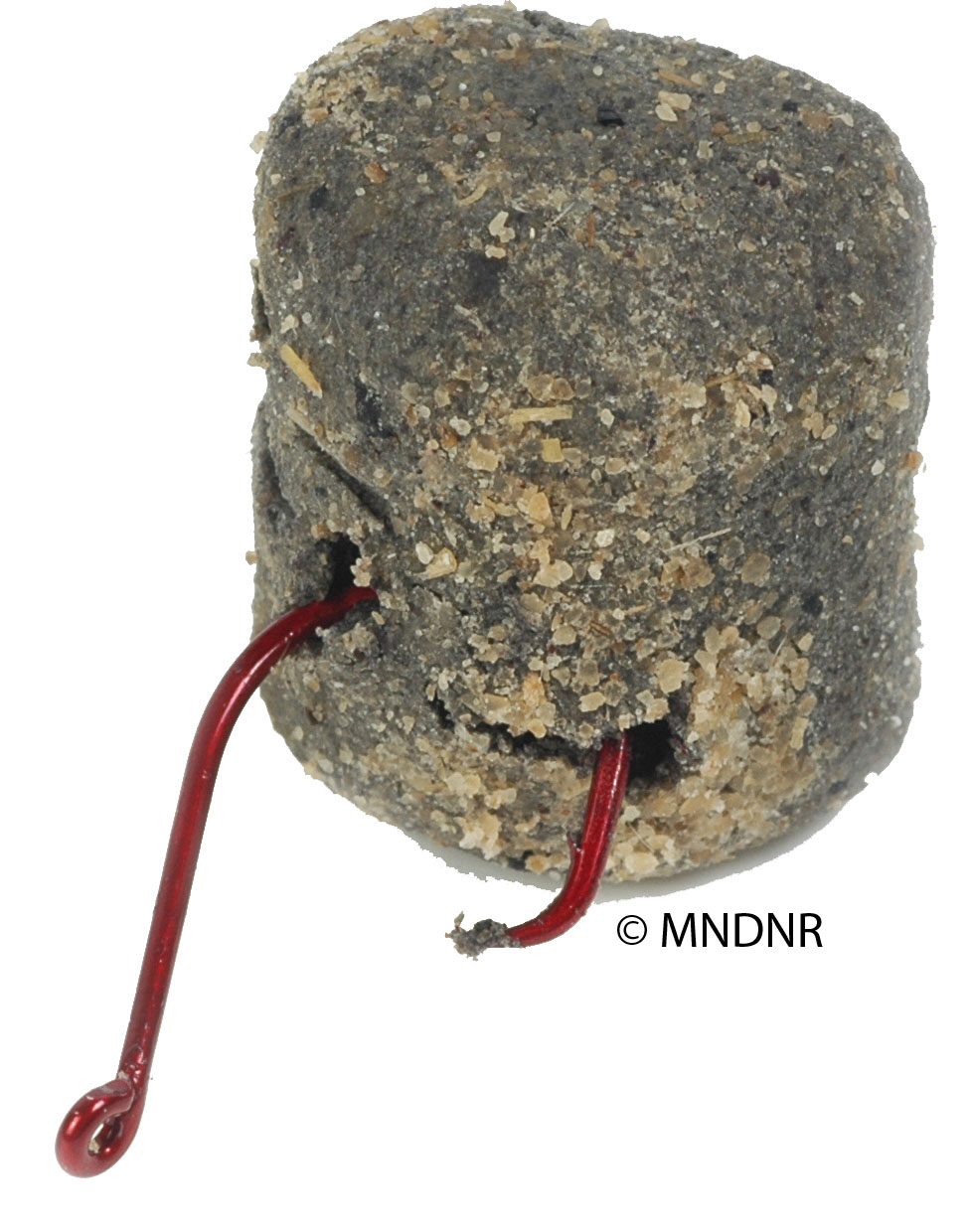 Use 8-12 lb. line; fish riffles/shallows off bottom at night with stink baits, crayfish, worms, minnows, or cut bait. Fish pools or cover during the day or after a rain. The Minnesota record chan-nel catfish is 38 pounds, caught in the Mississippi River. Channel catfish can be caught from either a boat or from shore. Fishing with a group of friends for catfish on the shore of the river is a great way to spend an evening.

You’ve heard the expression ‘skinning cats’? They were referring to catfish. Catfish (and bullheads) are prepared differently from most other species of fish. In order to clean your catfish for cooking, follow these simple techniques. Your first fish might not be very easy, but as with all new skills, you’ll get better with practice.For instructions on how to clean a catfish go to: http://www.upfishing.com/cleaning_catfish.html See Lesson 6:5 – Eating Fish for more about cooking and eating your catch.