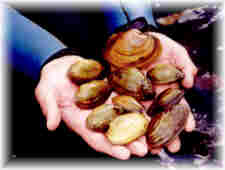 Why are mussels in trouble?

The survival of freshwater mussels is threatened by:

Dams, channelization, severe erosion and dredging physically alter habitat conditions that these animals require to live. Habitat loss has been identified as the most important factor causing the decline of mussel species throughout North America. Dams, channelization, and drainage of river systems have resulted in the elimination of 30 to 60% of the original mussel fauna residing in the impacted areas.

In Minnesota alone, over 2500 dams have been constructed across once natural flowing streams. Dams not only alter the natural flow of rivers, but they also block the movement of fish hosts, and turn free flowing streams into a series of lakes or pools, making the survival of mussels that are adapted to a riverine environment difficult or impossible.

Commercial harvesting has also affected mussels in the Midwest. It is believed that populations of mussels no longer legally collected may still be experiencing the impacts of having been harvested during the early 1900s. The state of Minnesota does not allow the harvesting of mussels from inland waters and allows only limited commercial harvest of a single species of mussel from the Mississippi River along the border with Wisconsin. A special permit is required to legally harvest mussels from this portion of the Mississippi River.

More recently, mussels are being threatened by the introduction of an exotic mussel species. The zebra mussel, Dreissena polymorpha, brought from Europe into the Great Lakes in the late 1980s in the ballast water of ships, affect native mussels by attaching in large numbers to any exposed area of the native mussel's shell, eventually causing death due to suffocation, starvation, interference with movement, and increased vulnerability to parasitism. Zebra mussels can form colonies so dense that they may carpet the river or lake bottom in a layer several inches thick, eliminating the habitat required by native mussels and other bottom dwelling animals.

In Minnesota, zebra mussels are presently found in the Mississippi River and several other water bodies. Because zebra mussels can rapidly colonize new habitats, it is important for people to learn to recognize this invader so they do not inadvertently spread them throughout the state.