Office of the Commissioner

The DNR Commissioner is the administrative and executive head of the department. The commissioner has authority over public lands and waters, state parks and forests, timber, mineral resources, recreational trails, and wildlife of the state, and their use, sale, leasing, or other disposition. The powers and duties of the commissioner are detailed in Minnesota Statutes 84.027. 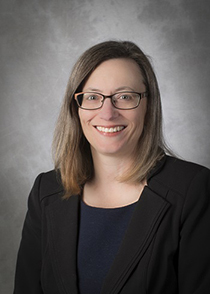 Formerly the DNR’s assistant commissioner, she now oversees a DNR staff of about 2,700 located in St. Paul and around the state, with the mission of working with Minnesotans to conserve and manage the state's natural resources, providing outdoor recreation opportunities, and providing for commercial uses of natural resources in a way that creates a sustainable quality of life. Prior to coming to DNR in 2015, Strommen served as assistant director at the Board of Water and Soil Resources (BWSR) before becoming acting deputy director. She previously served as policy director for Friends of the Boundary Waters Wilderness and as associate director of the Minnesota Land Trust.

Strommen holds a bachelor’s degree from Grinnell College, where she majored in biology and Latin American studies. After graduating from college, she used a Fulbright research scholarship to do field work in Costa Rica, and subsequently earned her master’s degree in environmental management from Duke University.

She served several terms on the Ramsey city council and was elected mayor in 2012, a position she stepped down from in May 2018. She is an avid outdoors person, spending family weekends fishing, hunting, snowmobiling, camping, and hiking. 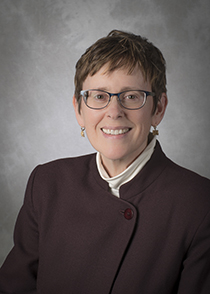 Prior to joining the DNR in January 2013, Naramore was Executive Director of the Upper Mississippi River Basin Association, where she had worked with five states, federal agencies, and stakeholder groups on river-related programs and policies since 1990.

Naramore graduated from the College of William and Mary in Virginia and holds a master's in Public Affairs from the University of Minnesota's Humphrey Institute. 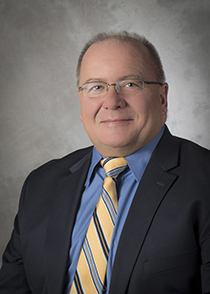 Bob Meier serves as assistant commissioner overseeing the divisions of Fish and Wildlife and Enforcement. In addition, Bob is responsible for the management and coordination of the DNR's legislative and governmental activities and relationships. Previous to this position, he was Legislative Affairs Director for the DNR from 2003-2007, and Legislative Affairs Director for the Office of Environmental Assistance from 1994-2003.

He is an avid outdoors person, and enjoys hunting, fishing, camping and many other outdoor recreation activities.

Jess Richards serves as assistant commissioner overseeing the divisions of Ecological and Water Resources and Lands and Minerals. Previous to his current position he was director of the Lands and Minerals Division, helping to lead the agency’s strategic land asset management work. In the director position, he modernized the agency’s land records system, and navigated complex minerals development and environmental protection challenges across multiple mining project.

Before joining the DNR in 2012, Richards worked at the Minnesota Pollution Control Agency, serving in a number of leadership roles in mining sector permitting and environmental review. He previously served as the MPCA's mining sector manager, where he oversaw mining permits, environmental review and other mining-related work. Richards also worked as the MPCA's enforcement supervisor and biofuels sector manager.

He holds a bachelor’s degree in natural sciences from St. John’s University.

Richards is an avid outdoors person who enjoys camping, hunting, fishing, and biking with his family.

After joining the MPCA in 1994, she served in various positions in water assessment, water monitoring and watershed project management, and was director of the MPCA’s Environmental Analysis and Outcomes Division.

She is an avid upland bird hunter, pursuing grouse and pheasants with German shorthair pointers, and she enjoys camping, hiking, dog training, and running.