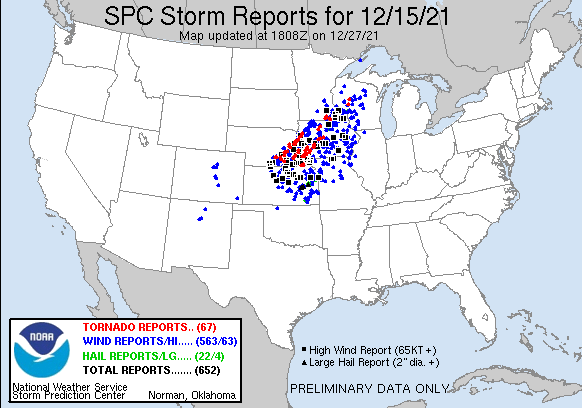 Minnesota has had many historical heat waves that were "worse" than this one on numerous counts. However, at many locations, this was the longest and most severe heat wave to occur so early in the season. It's not unusual have several days or more of 90-degree weather during the middle of July, but it is unusual to do so during (or before) the first half of June. The Twin Cities hit 90 degrees or higher nine days in a row, the third longest streak on record. It was this heat wave that really intensified the drought.

The winter of 20-21 that was on its way to top ten for warmth, suddenly had a change of heart and plunged Minnesota (and a good chunk of the nation) into the icebox. The cold was noteworthy for how late in the season it was. The Twin Cities was at or below zero for 116 hours, the most since 1994 and had the 3rd most hours of zero or colder back to 1905.

The summer of 2021 was dry and hot, but Minnesotans will also remember it as unusually smoky. The Twin Cities International Airport reported smoke present on 25 different days between June and August, but by far the most noteworthy period was the long-duration "smoke outbreak" of July 28 - August 6. During this time, the smoke was so thick that it occasionally reduced surface visibility across Minnesota to a mile or less--values typically reserved for accumulating snowfalls or foggy episodes. The fine particulate matter from the smoke created imminent health hazards for vulnerable populations.

A major drought overtook Minnesota during 2021, as persistent moisture deficits combined with above-normal temperatures across the state. In some parts of the state, the drought was as serious as anything experienced in over 40 years, though for most of the state it was the worst drought in 10-30 years. By August 10th, a swath of northwestern through north-central Minnesota was designated in Exceptional Drought (D4), marking the first time any part of the state had made it to that level of drought during the 21-year history of the US Drought Monitor. Precipitation events beginning in August eased the drought situation, but at the close of 2021 the drought continued, especially in northern Minnesota.

This runaway #1 would have been a top-five candidate any time of year, but its out-of-season timing, as much as its potency, made it a "career" or "generational" event that had never before been recorded in Minnesota.

A powerful cyclone brought warm air, high dew point temperatures and summer-like severe weather into Minnesota. As of December 29, twenty tornadoes have been confirmed, the strongest of which, rated EF-2, struck the town of Hartland in Freeborn County. Damaging thunderstorm winds tracked across several states and qualified as a "derecho," and the same system brought additional damaging non-thunderstorm winds due to the pressure gradient. The warm air out ahead of the storm brought the fastest snow melt seen in December in the Twin Cities. The snow depth went from 12 inches on December 11 to zero on the 16th.