In order to prevent the spread of SVC within our state, it is imperative that all users of the state's waters to remember to follow existing requirements:

Spray, rinse or dry boats and recreational equipment before transporting to another water body

Why do I need to be concerned about Spring Viremia of Carp?

SVC is a serious fish pathogen that has been known to cause significant fish kills. While carp are the primary species affected by this virus, it can also affect other species of game fish such as northern pike and largemouth bass. The virus might not always lead to death, but it will cause weakened immune response. Healthy fish populations are important in maintaining Minnesota’s world renowned fisheries.

NOTE: Confirming SVC infection requires sophisticated laboratory testing. A diagnosis cannot be made based solely on observation because many different diseases of fish have very similar symptoms. 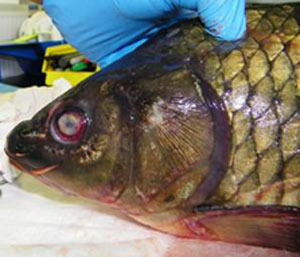 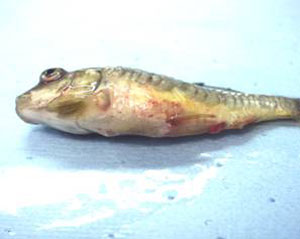 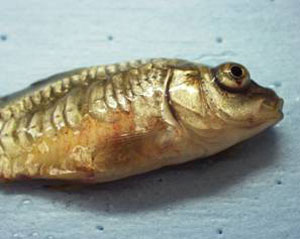 Species that have been experimentally infected with SVC virus include: (The disease has not killed any of these species to date.)

How does the disease spread between waters?

Where has the disease been found?

Inside of the United States

Outside of the United States

Is it safe to eat?

The virus does not have any impact on humans, through direct contact or via fish consumption.

How can I prevent the spread?

Do not move live fish between waterbodies. DISPOSE of unwanted baitfish and fish parts in the trash.
Do not move any water between waterbodies. DRAIN water from boat, motor, bilge, livewells and bait containers before leaving the water access.
SPRAY & DRY boats, trailers, and recreational equipment, especially after leaving waters known to be infected with SVC.

If you catch a suspected diseased fish:

If you observe a fish kill: