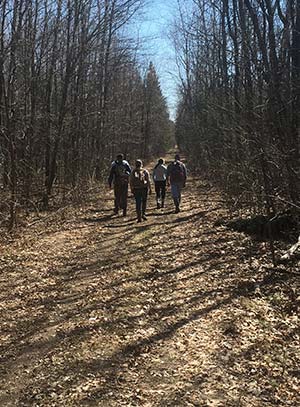 Recreating outdoors in Minnesota is one of summer’s great joys and it’s good for your mental and physical well-being. With just a few precautions and some awareness about bears, you can recreate safely in bear country.

By paying attention where and when you are most likely to encounter bears and proactively make an effort not to startle them, you can peacefully share the outdoors with bears. Black bears are naturally cautious animals that avoid human contact for their safety, so the presence of a bear in the area is not a threat to your safety.

This video, from Colorado Parks and Wildlife, shows you easy steps to follow when recreating in areas with bears. (Although the habitat is different in Colorado than Minnesota, bear behavior is the same when you head into the great outdoors.) It’s best to be prepared to prevent any human-bear conflict.

Some other tips to help safely recreate in Minnesota:

Seeing bears can be very enjoyable. However, having a bear in camp can lead to problems. Plan ahead and be prepared. Visit the website or contact the local wildlife agency or park headquarters of where you plan to camp for information about bear activity, hiking/camping procedures, and any precautions needed. Do your part in keeping your campsite clean and free of attractants; bold campground bears are created by people’s bad habits.

If a bear comes into camp: