Some of the text and graphics were adapted from the U.S. Corps of Engineers HEC-HMS Technical Reference Manual, 2000.

Antecedent conditions: the conditions prevailing prior to an event. This description is normally used to characterize basin wetness.

Attenuation: the reduction in the peak of a hydrograph as it moves downstream, resulting in a broader, flat hydrograph.

Base flow: the sustained flow in a channel because of subsurface runoff.

Calibration: the process of adjusting model parameters to known data.

Channel: an open conduit either naturally or artificially created that may convey water.

Confluence: the point at which two streams converge.

Detention basin: storage site, such as a small unregulated reservoir, which delays the conveyance of water downstream (compare to retention basin).

Discharge: the volume of water that passes through a given cross section per unit time. Discharge is commonly measured in cubic feet per second (cfs) or cubic meters per second (cms). It is also referred to as flow.

Exceedance probability: hydrologically, the probability that an event selected at random will exceed a specified magnitude.

Floodplain - lowland areas adjoining lakes, wetlands, and rivers that are susceptible to inundation of water during a flood. For regulatory purposes, the floodplain is the area covered by the 100-year flood or the area that has a 1 percent chance of flooding every year. It is usually divided into districts called the floodway and flood fringe. Areas where the floodway and flood fringe have not been determined are called approximate study areas or general floodplain. Local units of government administer ordinances that guide development in floodplains.

On March 1, 2006, the National Weather Service revised some Lower Minnesota River flood stages to more accurately reflect the above definition. The previous flood stages were established more than 40 years ago when major highways and numerous residences were located in the flood plain. The National Weather Service met with other federal state and local government officials and concluded that the many years and dollars spent on mitigation activities (to elevate roads and bridges, buy out homes, build levees around cities, and make businesses more flood resistant) have raised the levels at which flood problems begin on the Lower Minnesota River.

Hydraulics: the mechanical properties of water and other liquids and the application of these properties in engineering. 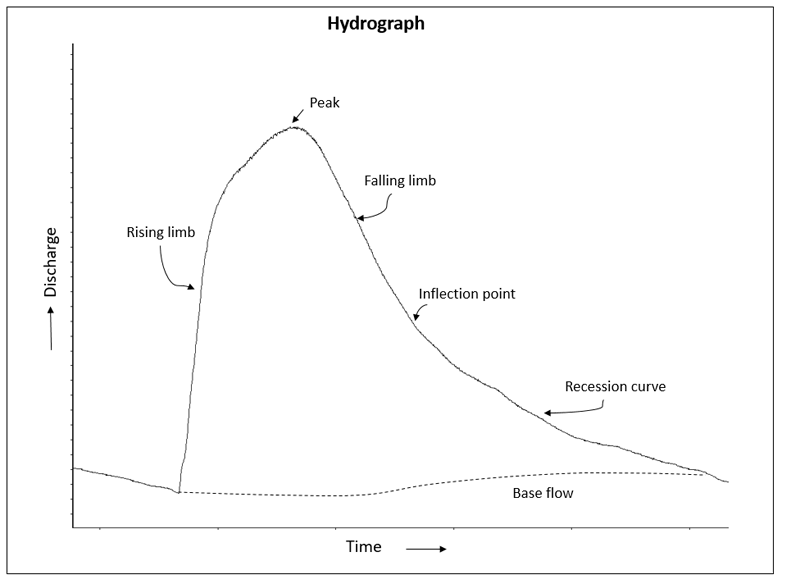 Figure 1. Example of a discharge hydrograph and the flow response after a rainfall event.

Hydrologic cycle: the continuous process of water movement between the oceans, atmosphere, and land.

The hydrologic cycle is a process that occurs within the earth's atmosphere in which water molecules move and are transformed from liquid to vapor and back to liquid again. The cycle begins when an unending circulation of water begins as energy from the sun which evaporates enormous quantities of water from the oceans. Atmospheric winds transport the moist air to other regions, where it condenses into clouds, some of which produce rain and snow. If the precipitation falls into an ocean, the water is ready to begin its cycle again. If the precipitation falls on a continent, a great deal of the water makes its way back to the ocean in a complex journey over land and underground.

Hydrology: the study of water. Hydrology generally focuses on the distribution of water and interaction with the land surface and underlying soils and rocks.

Hyetograph: rainfall intensity versus time. A hyetograph is often represented by a bar graph.

Infiltration: the movement of water from the land surface into the soil.

Inflection point: generally refers to the point on a hydrograph separating the falling limb from the recession curve. It is any point on the hydrograph where the curve changes concavity.

Interception: the capture of precipitation above the ground surface, for example, by vegetation or buildings.

Lag time: the time from the center of mass of excess rainfall to the hydrograph peak. Lag time is also referred to as basin lag.

Model: a physical or mathematical representation of a process that can be used to predict some aspect of the process.

Optimization: derivation of a set of model parameters that produces the best results when compared to observed data.

Parameter: a variable, in a general model, whose value is adjusted to make the model specific to a given situation.

Parameter estimation: the selection of a parameter value based on the results of analysis and/or engineering judgment.

Peak: the highest elevation reached by a flood wave. Peak is also referred to as the crest.

Peak flow: the point of the hydrograph that has the highest flow.

Peakedness: the rate of rise and fall of a hydrograph.

Provisional data (USGS): stage data that may have been affected by factors not accounted for at the time the stage was recorded. Further analysis is often required before data are deemed final.

Rating curve: the relationship between stage and discharge. 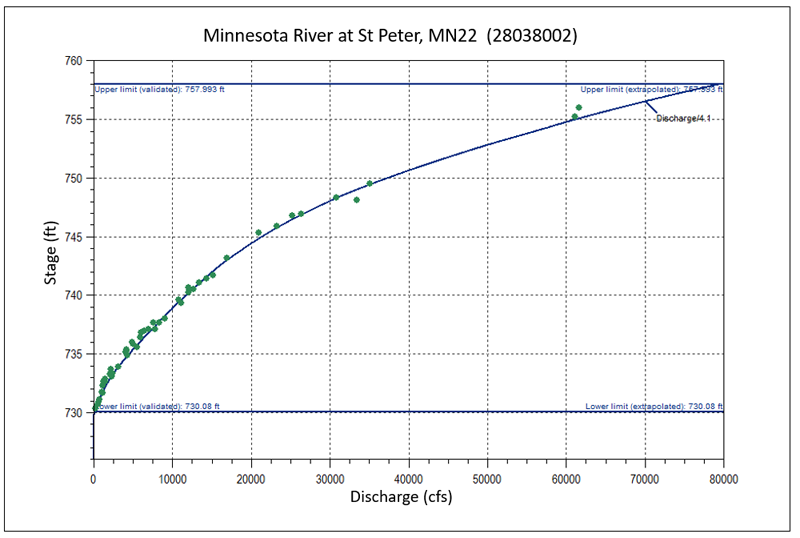 Reach: a segment of a stream channel.

Recession curve: the portion of the hydrograph where runoff is predominantly produced from basin storage (i.e., subsurface and small land depressions). It is separated from the falling limb of the hydrograph by an inflection point.

Retention basin: similar to a detention basin but water in storage is permanently obstructed from flowing downstream. Stage: the elevation of a water surface in relation to a datum.

Time of concentration: the travel time from the hydraulically furthermost point in a watershed to the outlet. This is also defined as the time from the end of rainfall excess to the recession curve inflection point as illustrated on the accompanying hydrograph.

Time of rise: the time from the start of rainfall excess to the peak of the hydrograph.

Time to peak: the time from the center of mass of the rainfall excess to the peak of the hydrograph. It is also referred to as lag time.

Watershed: an area characterized by all direct runoff being conveyed to the same outlet. Similar terms include basin, sub-watershed, drainage basin, catchment, and catch basin.