An important fish habitat project was completed on June 20, 2003 in East Grand Forks. The project essentially converted the "Point Dam" into a rapids.

With the completion of this project, fish can now move freely to Crookston, which is 52 miles upstream of East Grand Forks.

The project also reduces the "hydraulic roller" effect of the dam, thus making this part of the river safer. 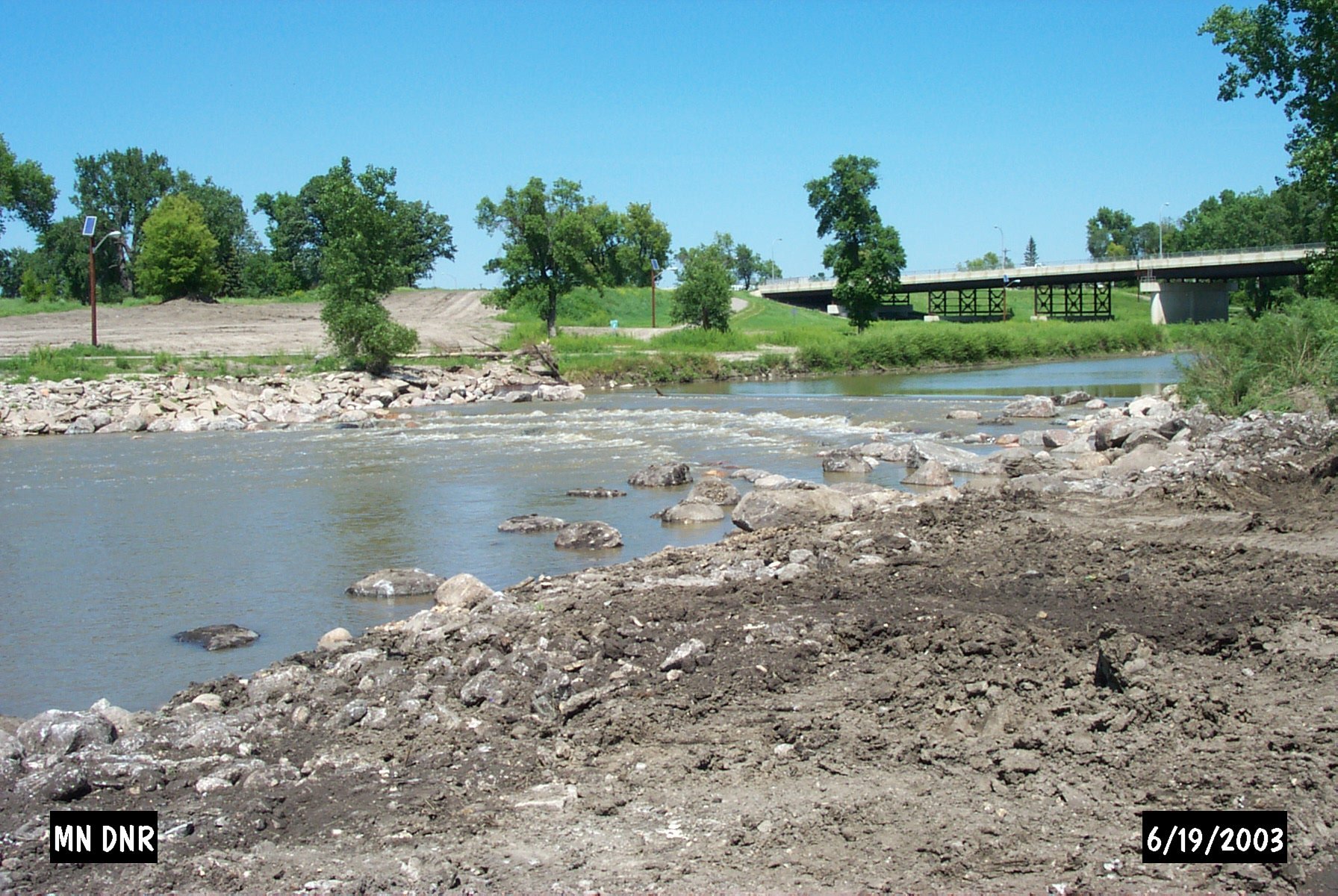