When people think of Minnesota Department of Natural Resources (MNDNR) fisheries work in the Baudette area, locations like Lake of the Woods and the Rainy River most often come to mind. However, the work area for the Baudette office actually spans all or parts of seven counties in northwestern Minnesota, stretching all the way to the North Dakota border. The workload during the field season often includes a variety of fisheries surveys. In addition to other area lakes, the Baudette area fisheries office also conducts river surveys. Recent surveys were conducted on the Warroad River, Baudette River, Rapid River, and Zippel Creek. During 2015, staff from Baudette also conducted a survey of the Red and Roseau rivers. 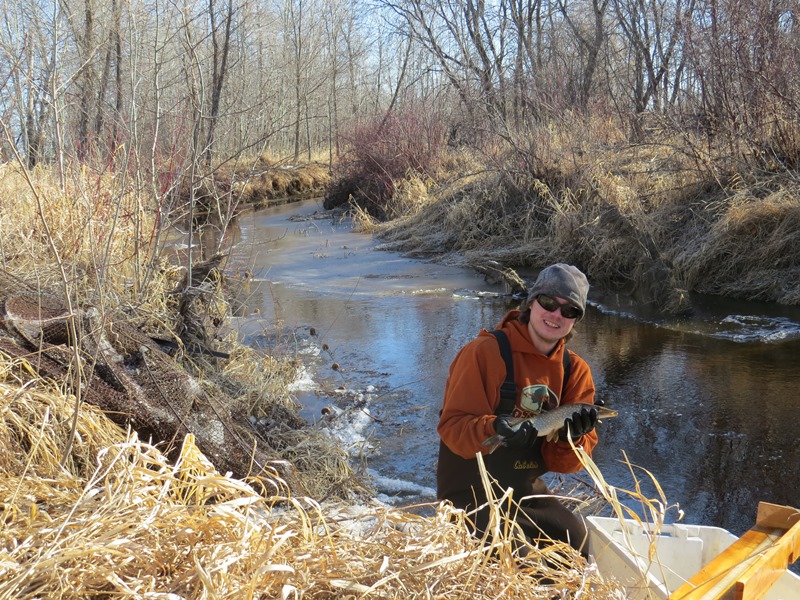 The Roseau River is home to a diverse fish community with over 30 species of fish being documented. Anglers of the Roseau often seek Northern Pike, Walleye, and Channel Catfish. Results of the 2015 survey indicate healthy populations of all three species. Northern Pike ranged from 9 to 28 inches in length with variety of sizes in between that should provide good fishing in the future.

Walleye were sample over a broad range of sizes, including fish as long as 24 inches. Additionally, several newly hatched Walleye from this spring were sampled that should provide plenty of action in the next couple of years. Channel Catfish are also a popular sport fish on the river, and numerous “cats” exceeding 20 inches were documented with one over 30 inches!

Another interesting discovery was the presence of Channel Catfish upstream of the old Roseau city dam that was modified in 2001. Anglers fishing in the city of Roseau now have the opportunity to fish cats right in town. 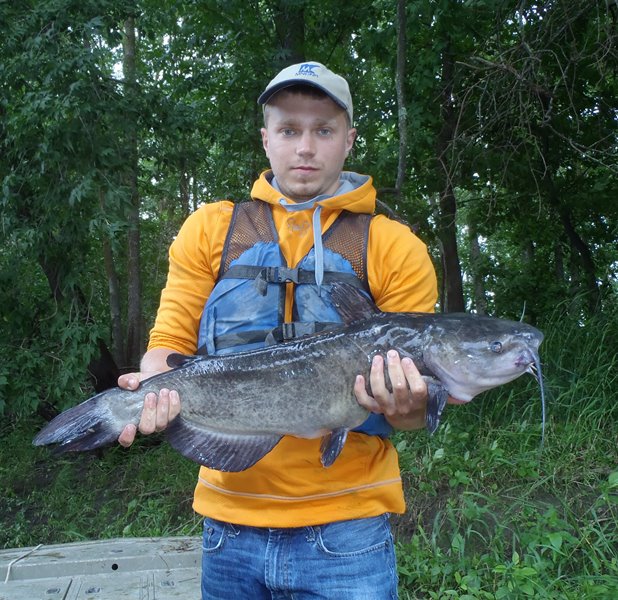 Results of the 2015 Roseau River survey highlight a quality fishery that is a valuable natural resource for residents of northwestern Minnesota. Anglers have the opportunity to catch high-quality game fish such as Northern Pike, Walleye, and Channel Catfish. Additionally, Hayes Lake, which is a reservoir formed by a dam on the Roseau River, is home to other species that are not as abundant in the Roseau River.  These additional species include Largemouth Bass, Bluegill, and Black Crappie.

Whether anglers are fishing from a small boat with an engine, a canoe, or on the ice, plenty of great fishing and exploring is to be had right in the backyard of Roseau and surrounding communities. 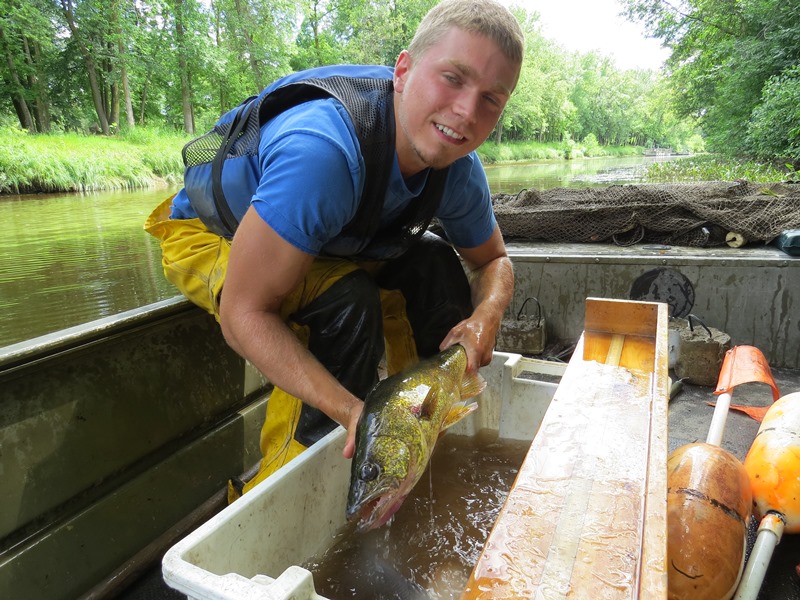 Partners in the survey

In addition to the MNDNR work conducted in 2015, the Minnesota Pollution Control Agency (MPCA), along with local partners, performed an entire watershed assessment looking at present water quality conditions. Watershed assessment work completed by the MPCA characterizes the fish, macroinvertebrate, habitat, and water chemistry of rivers, streams, and lakes in the watershed. Follow up monitoring is scheduled for the summer of 2016. These surveys will provide guidance for future management and restoration/protection efforts.