Both the Cisco (Coregonus artedi) and Lake Whitefish (Coregonus clupeaformis) are found in Lake of the Woods and other lakes in Minnesota. Ciscos are commonly caught by ice anglers, while Lake whitefish are occasionally caught. Both fish make tasty tablefare.

Many anglers have a difficult time telling the difference between the two species. They each are identifiable as a member of the Trout/Salmon family by their body shape and adipose fin. The main distinguishing feature is their snouts. The Lake Whitefish has a snout that overhangs the lower jaw. The lower jaw of the Cisco extends up to or beyond the tip of snout.

Mooneye (Hiodon tergisus) are similar in appearance to cisco and lake whitefish. Mooneye are characterized by having large eyes. They are one of only two members of the Mooneye family, the other being the goldeye.

You are most likely to catch mooneye while fishing the Rainy River, or near the mouth of the Rainy River in the Pine Island area. Mooneye are often caught by anglers using flies, especially during July when mayflies are hatching in the Rainy River. The Minnesota state-record for mooneye is one pound, fifteen ounces.  That fish was caught in the Minnesota River in Redwood County. 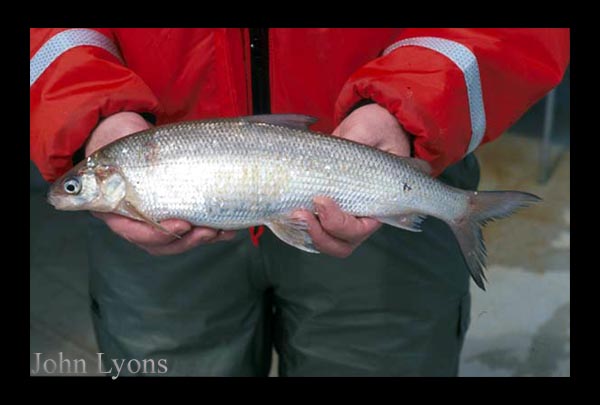 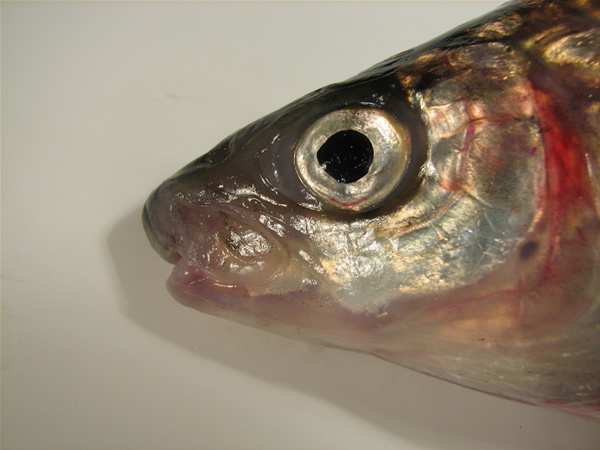 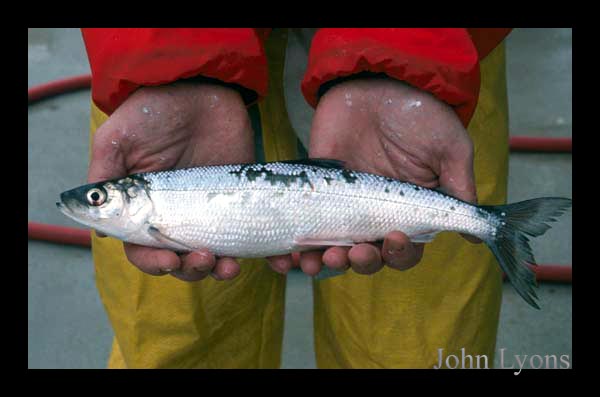 Cisco - the lower jaw is not overhung by snout 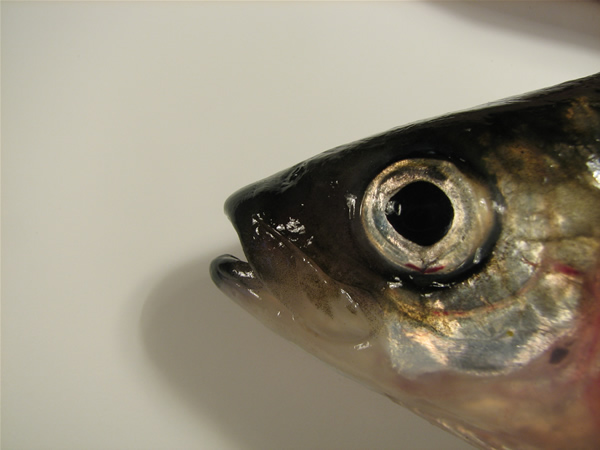 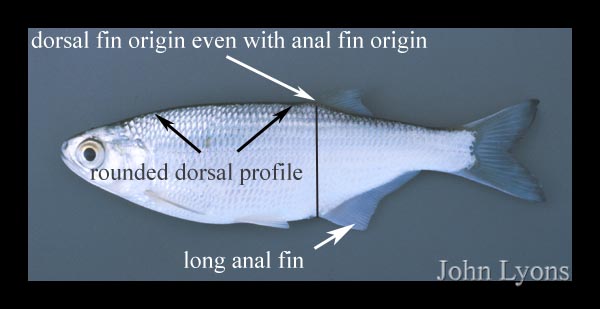