Minnesota’s conservation officers, once called game wardens, have protected the state’s natural resources and the safety of its citizens since 1887. Like other law enforcement personnel, they risk their lives each time they put on their uniforms and head into the field.

To date, 23 officers have died in the line of duty. Following are brief descriptions of those who have given their life in service to Minnesota. 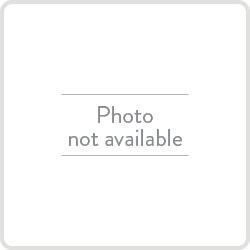 Game Warden August Olson
End of watch: March 19, 1922
Age: 60
Olson, who served 21 years as a warden, died due to exposure and pneumonia after supervising commercial fish-seining operations in Nicollet and LeSueur counties. 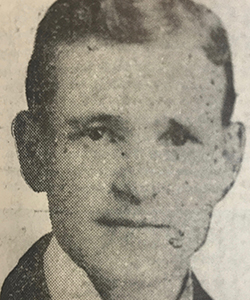 Game Warden Joseph E. Kreager
End of watch: May 26, 1922
Age: 49
Kreager served seven years as a warden. He died of an accidental drowning in Grand Lake north of Duluth. 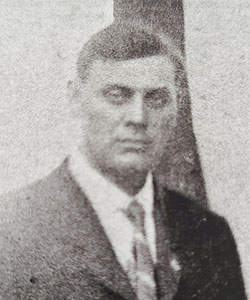 Deputy Game Warden Frank J. Appel
End of watch: May 8, 1925
Age: 42
Appel, who was a warden for three years, died during a special assignment regarding illegal beaver trapping. He died when his department-issued motorcycle got a flat tire on the Gunflint Trail, causing the machine to crash into rocks in the ditch. 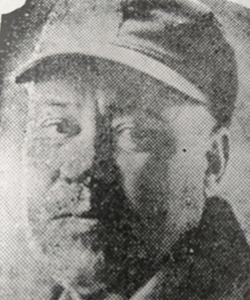 Game Warden Joseph Twaddle
End of watch: April 25, 1930
Age: 52
A warden for 10 years, Twaddle was killed while returning from a game and fish investigation. A passenger train near Cotton struck his patrol vehicle. 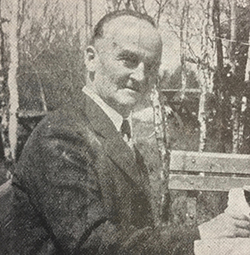 Game Warden Norman D. Fairbanks
End of watch: May 3, 1930
Age: 58
Fairbanks was with another warden in Itasca County, working illegal beaver trapping and searching for two trappers who failed to appear in court. The wardens found two males in a small shack and questioned them about venison hanging from the wall. One of the men fired three shots, hitting Fairbanks once. He died of complications from the gunshot wound. 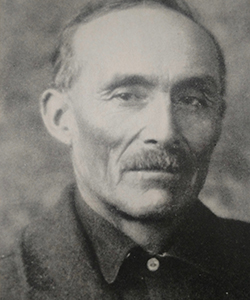 Game Warden Jack Linklater
End of watch: July 8, 1933
Age: 65
Linklater was killed when the large canoe he was in overturned. He apparently was struck by the motor and drowned. 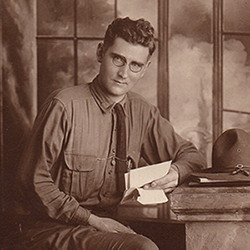 Game Warden O.P. Lofquist
End of watch: Jan. 4, 1936
Age: 42
Lofquist was nearing 10 years as a game warden when the vehicle in which he was riding was struck by a train in Aitkin. He and another warden were on their way to testify in court on a deer-poaching case. 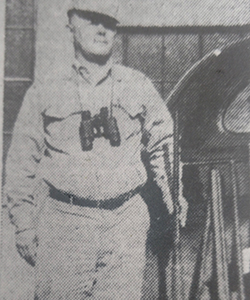 Game Warden Marcus Emerson Whipps
End of watch: July 12, 1940
Age: 45
Whipps, a game warden for three years, was with wardens Holt and Brady near Waterville questioning a man about illegal fish shipments to Iowa. The man told them he would retrieve his license to handle fish commercially, but instead emerged with a shotgun and killed all three. 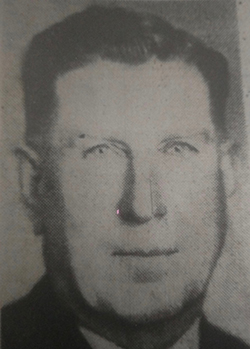 Game Warden Adolf Melvin Holt
End of watch: July 12, 1940
Age: 55
Holt, a game warden for 14 years, was with wardens Whipps and Brady near Waterville questioning a man about illegal fish shipments to Iowa. The man told them he would retrieve his license to handle fish commercially, but instead emerged with a shotgun and killed all three. 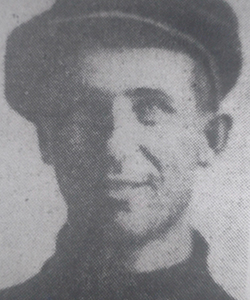 Game Warden Dudley P. Brady
End of watch: July 12, 1940
Age: 50
Brady, a game warden for 17 years, was with wardens Holt and Whipps near Waterville questioning a man about illegal fish shipments to Iowa. The man told them he would retrieve his license to handle fish commercially, but instead emerged with a shotgun and killed all three. 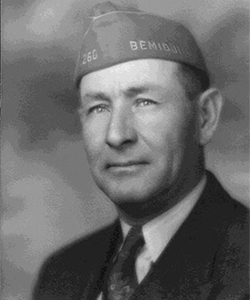 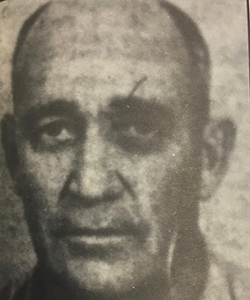 Game Warden John Edwin Buck
End of watch: Feb. 15, 1951
Age: 55
Buck had been a warden for 14 years when he was discovered in his vehicle in Aitkin County, the victim of a heart attack. 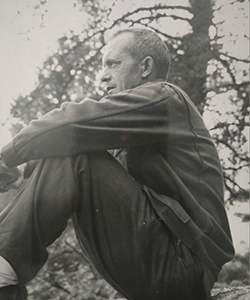 Game Warden Merle Mauritz Bystrom
End of watch: Aug. 27, 1962
Age: 45
During a vacation day, Bystrom, a warden for seven years, took a boat to investigate a bear complaint in Cook County. After investigating, he jumped in the water to refresh himself and accidentally drowned. 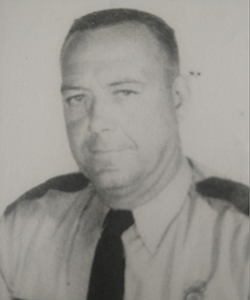 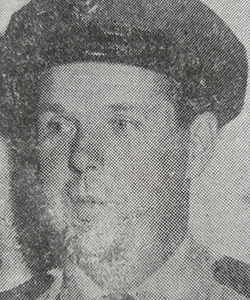 Game Warden Ronald Edward Shager
End of watch: Feb. 22, 1967
Age: 51
Shager, a warden for 22 years, was killed when a train struck his patrol vehicle in Faribault and pushed it into the Straight River. 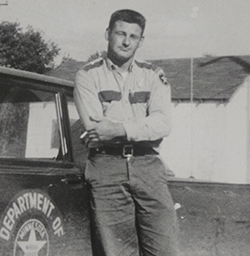 Conservation Officer Gilmer Fred Keeler
End of watch: April 21, 1968
Age: 39
A conservation officer for eight years, Keeler was killed in a car crash south of Big Falls in Koochiching County. His vehicle left the roadway and crashed into a bridge abutment. 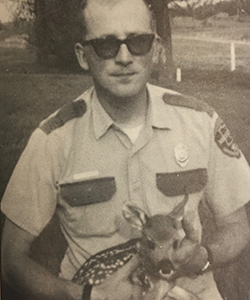 Conservation Officer Russell John Nelson
End of watch: Sept. 28, 1975
Age: 27
Nelson had been a conservation officer for six years when the float plane in which he was riding to check for illegal duck hunters south of Aitkin crashed. He and a civilian pilot were killed. 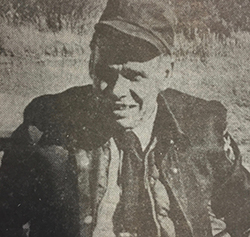 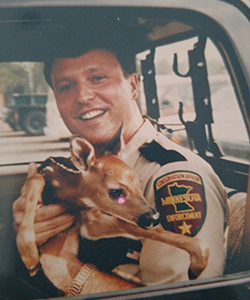 Conservation Officer Grant Scott Coyour
End of watch: June 11, 1999
Age: 43
A conservation officer for 11 years, Coyour was a full-time agency pilot who’d also flown 10 years for the Minnesota Army National Guard. He and a civilian observer were killed when their plane crashed during a moose telemetry survey in the Red Lake Wildlife Management Area south of Baudette. 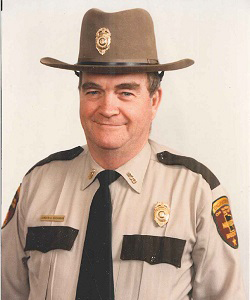 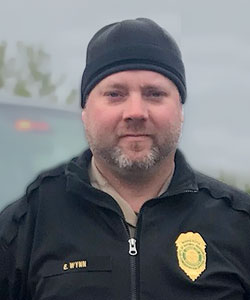 Conservation Officer Eugene “Gene” Wynn
End of watch: April 19, 2019
Age: 43
A conservation officer for 18 years, Wynn died while responding to a report of a potential body in the water. 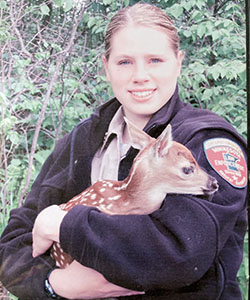 Conservation Officer Sarah Grell
End of watch: May 24, 2021
Age: 39
Grell, who served for 16 years as a conservation officer, died as a result of injuries she sustained in a vehicle crash.