The DNR has implemented VHSV surveillance zones to help regulate the movement of fish within Minnesota based on an annual surveillance program.

Fish originating from Minnesota waterbodies located outside of the Lake Superior basin will be considered VHSV-free, subject to annual VHSV surveys conducted by the DNR.

For fish originating within the Lake Superior basin (i.e., the St. Louis River, Nemadji River, Cloquet River, Lake Superior South, and Lake Superior North watersheds) or outside of Minnesota, VHSV-testing is required for each individual lot of fish to be transported.

If you export fish from Minnesota, check the testing requirements of the state to which you are exporting.

The map below shows the viral hemorrhagic septicemia virus surveillance zones in Minnesota and their status. Click a zone name on the map or select a list in the drop-down to display additional information and download the listing of waterbodies in that zone. 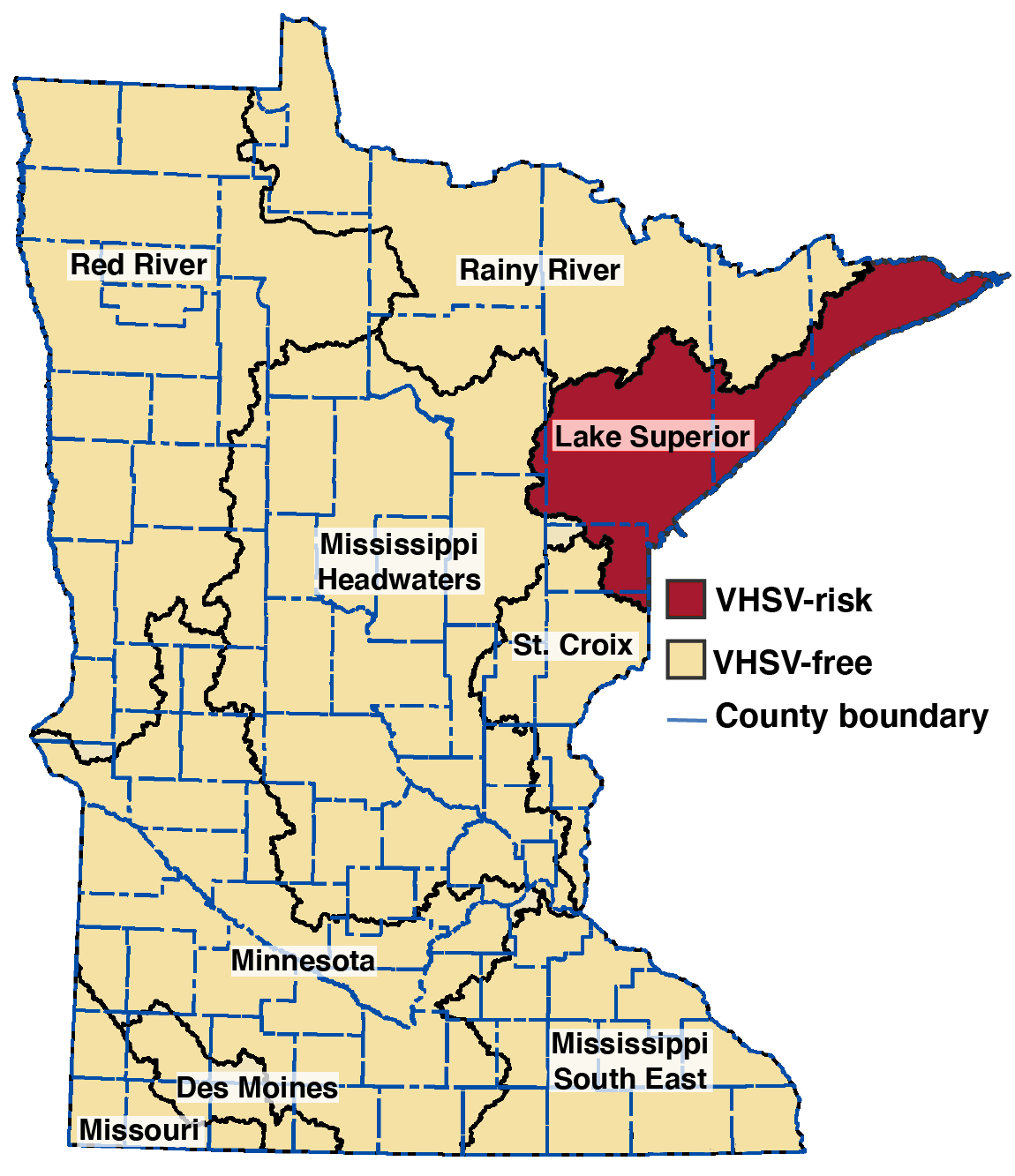 Viral Hemorrhagic Septicemia virus (VHSV) is capable of causing disease in Minnesota’s wild and cultured fish stocks. Many species of marine and freshwater fishes are susceptible to infection with VHSV and able to transmit the virus or contract severe disease.

So far, VHSV never has been detected in Minnesota waters but its presence in fish populations in Lake Superior is a continued threat to Minnesota’s fisheries. To prevent the introduction of VHSV into Minnesota waters, the DNR implemented regulations for harvesting and transporting species that are susceptible to VHSV.

Species that experience severe disease once infected can carry and transmit the virus to others can be found on the VHSV-susceptible species list.