The Underground Mine Mapping project was originally funded in 2006 by the Central Iron Range Sanitary Sewer District. Mine voids have the potential to cause catastrophic subsidence. In recognition of this and to avoid these areas, the Sewer District (CIRSSD) incorporated documentation of underground mine workings into its design plans for a district-wide sewage disposal and treatment system. 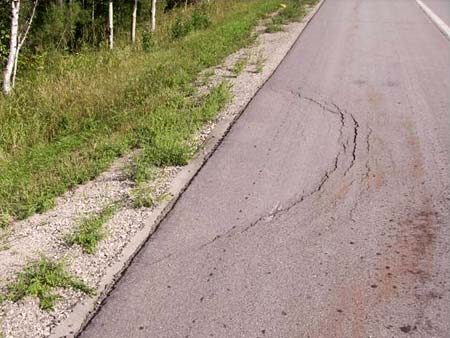 The CIRSSD study area consists of the communities of Buhl, Chisholm, Hibbing, and Kinney, and the townships of Balkan and Great Scott. CIRSSD secured funding for the Minnesota Department of Natural Resources to research the underground mines within this area. The information that describes past underground mining activity is scattered in various public and private archives, and is not readily available for use in site evaluations for surface development proposals. Furthermore, as time passes, much of the information needed to delineate underground workings has or will become irretrievable. The lack of available information describing past underground mining activity is both a deterrent to future land use and an unknown safety risk to existing surface developments. The objective of this project was to document the areas of known and potential abandoned underground mine workings and produce a GIS product to be made available to counties, local communities and development organizations.

Over 1000 maps were scanned for this project. Research uncovered a total of 89 underground mines and 413 shafts in the project area. In addition to shafts, drifts, mined extents, and caved areas, the data includes areas of potential trespass across property boundaries, and the extent of the mine parcel associated with any possible underground features. Work for the Central Mesabi Range area was completed June 30, 2008.

More recently, the project area has moved to the East Mesabi Range area covering from the Central Range area to the very eastern end of the Mesabi Range. This piece of the project has been funded by Iron Range Resources, US Steel, Cliffs Natural Resources, Arcelor Mittal, DNR, Minnesota Department of Transportation, and St. Louis County and was completed June 30, 2010. Over 2000 maps were scanned and 86 underground mines with 361 shafts were uncovered by research. Future project areas include: the West Mesabi Range (Grand Rapids to Keewatin), the Vermilion Range (Tower to Ely) and the Cuyuna Range (Crosby-Ironton).

Underground Mapping in the Central Mesabi Range and the East Mesabi Range are available on DVD disks at a cost of $20 + shipping from the Lands and Minerals Division 1525 3rd Ave East, Hibbing, MN 55742, 218-231-8484. They include all shape files, high resolution PDFs of mine maps, high resolution geo-referenced images of mine maps, 3D animation files, PDF project maps, index maps, Mine History Database and the project documentation files.

The Minnesota Department of Natural Resources makes no representation or warranties, express or implied, with respect to the reuse of data provided herewith, regardless of its format or the means of its transmission. There is no guarantee or representation to the user as to the accuracy, currency, suitability, or reliability of this data for any purpose. The user accepts the data 'as is', and assumes all risks associated with its use. By accepting this data, the user agrees not to transmit this data or provide access to it or any part of it to another party unless the user shall include with the data a copy of this disclaimer. The Minnesota Department of Natural Resources assumes no responsibility for actual or consequential damage incurred as a result of any user's reliance on this data.