Out of the 10,000+ observers involved with the Minnesota Volunteer Precipitation Observing Program, known as the MNgage network, none have been recording precipitation longer than Dave Weirstad. Dave has been an observer at the same location in North St. Paul since 1966, so he has been monitoring temperature and precipitation for 54 years.

You know someone has been watching the weather a long time when they talk about a big tornado impacting their life and it wasn’t one from HarMar in ‘81 or Fridley in ‘65. It was one from 1951 that hit Minneapolis and Richfield.  Dave was 14 years old at the time.

Dave’s interest in the weather continued in high school when there was still a St. Paul Weather Bureau. Dave would ride his bike to the office in the evening and took the official hourly observations just for fun.

After getting married, Dave chose his home with the plan on becoming a Weather Bureau Observer. One telling statement to his devotion to the weather was from a National Weather Service inspection done by State Climatologist Don Haines. Haines noted of Dave:

“Observer is a weather “bug.” He bought his equipment with his own money. Observer had an electric thermograph in his old shelter. In late November, the wire lead in shorted out and the shelter burned. Observer built his own new shelter and did an excellent job. It’s made from white wooden house shutters; the structure is in shape of a square box. It is effectively as good as or better than our standard design, at a far lower cost…. Records are outstanding. If all observers in our official network did half as enthusiastic and effective a job, we could quit worrying about quality control.”

According to DNR climatologist, Pete Boulay, “Just this week, Dave called our office and was excited about the low barometric pressure with the recent storm. He has never lost his passion for the weather and has always been the gold standard of our observer network.”

Thank you, Dave, for your dedication in helping the state keep accurate records on the weather!

Once a mecca for ducks and hunters, Pelican Lake in Wright County has seen its critical value in providing waterfowl habitat and a hunter’s paradise decline. This is due to rising water levels resulting in worsening water quality prior to recent shallow lake management implemented by MN DNR wildlife staff.

According to MN DNR Sauk Rapids Assistant Area Wildlife Manager Nicholas Snavely, “Pelican Lake is one of 60 designated wildlife lakes in Minnesota. That designation gives the MN DNR authority to manage water levels in a way that primarily benefits wildlife habitat through the temporary lowering of lake levels periodically with a focus of improving water quality while re-establishing aquatic vegetation that provides food and nesting habitat for ducks and other wildlife. Pelican Lake is a core flyway for diver duck species including lesser scaup, ringnecks, redheads and canvasbacks.”

Thank you, Tim, for volunteering to help restore Pelican Lake’s wildlife habitat so waterfowl can count on it as they stop to rest and feed upon aquatic vegetation and invertebrates the lake provides during these critical breaks in their spring and fall migration flights. Due to your major volunteer contributions on Pelican Lake in collaboration with many other conservation partners, we continue to see improved waterfowl hunting opportunities with reestablished waterfowl habitat and improved water quality. 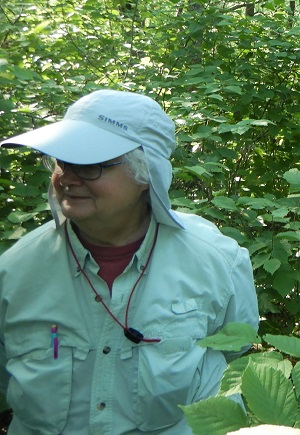 Jill and Britt Proctor first came to the Rock Lake State Forest Recreation Area Campground back in 2005 after purchasing their first RV.  Located in the heart of the Pillsbury State Forest, the campground offered a family friendly rustic camping experience within two hours of the Twin Cities and close to all the modern conveniences offered by the Brainerd Lake area.  After camping at Rock Lake for a few years, the opportunity to volunteer as the campground hosts presented itself. They have been volunteering as hosts for the last 10 years.

"We’ve had the opportunity to serve here at Rock Lake, and have thoroughly enjoyed the experiences that hosting provides," says Britt. "Since retiring from professional careers in 2015, the part of volunteering we enjoy most is meeting, greeting and getting to know the campers that visit the lake.  Although Rock Lake is a well-kept secret, and most of the clientele comes from a 30-mile radius, we’ve met thousands of folks over the years from literally all walks of life and a few different countries.  It’s always interesting to share in their experiences and welcome newcomers, but it’s truly gratifying to get to know the "regulars" who return year over year, and greet us by name and tell us how happy they are to see us again."

"One of the more memorable experiences happened in 2015, when a group of college students riding in the Texas 4000 charity bicycle ride against cancer from Austin, Texas to Anchorage, Alaska made an overnight stop with us.  It was fun watching the advance team of two riders arrive an hour ahead of the group, set up camp and arrange the personal effects of each rider in advance of their arrival.  We enjoyed a photo op with the group, lots of pizza at a local restaurant, and a group campfire before they retired for the night."

Thank you, Jill and Britt, for serving as such outstanding campground hosts! 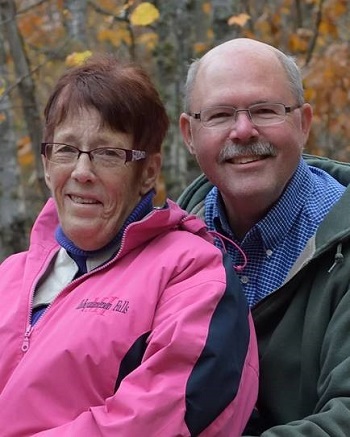 What do DNR Volunteers do?

Download the 2019 DNR Volunteer Annual Report for a listing of all the different kinds of projects volunteers do throughout the state.

Since creating a department-wide DNR Volunteer Program in 1982, citizens have engaged in more than 11.9 million hours of volunteer service focused on managing our state's natural resources.

How does Minnesota rank for volunteering?

Want to Volunteer with Us?