The northern pike is one of Minnesota's largest and easiest fish to catch.

Found in in nearly every Minnesota lake and river, the northern pike is a voracious predator known for powerful runs that strip line from your reel.

Though somewhat challenging to fillet, the northern pike is excellent table fare.

If you haven’t fished for northern pike you should. It's a cool fish. 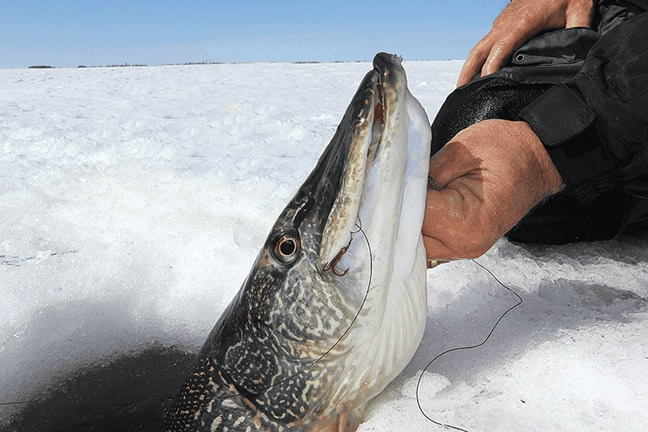 Generally, northern pike can be caught from the opening day of fishing season in May through the last Sunday in February. But know that limits and dates can vary from place to place, size restrictions may exist and fishing for them in a particular lake could be closed or limited.

Minnesota has three northern pike zones and regulations vary depending on where you're fishing. You'll find the regulations for each zone listed in the inland waters section of the online fishing regulations. For an explanation of what these regulations are designed to accomplish, check out our northern pize zones page.

Even with the zones in place, some Minnesota waters still may have special regulations in place for pike. Check to see if this list contains the lake in which you're fishing.

Most Minnesota lakes and rivers contain northern pike but not all so, if you intend to target northern pike, a good place to start is our LakeFinder tool, which contains fish population information for more than 4,500 fishing lakes.

You will find northern pike in winter in many of the same places you found them in autumn – points, narrows, weedlines and other weedy places where this top predator can hide while waiting to ambush prey. Lakefinder includes underwater topographic maps – also called lake contour maps – that can help you find some of these prime locations.

Typically, much northern pike ice fishing takes place in water six to 15 feet deep with your suspended minnow hanging anywhere from near the bottom to a few feet below the ice. You will want to experiment with how deep to fish your minnow. Basically, you want it to be where other baitfish are present and that can vary based on a variety of factors. 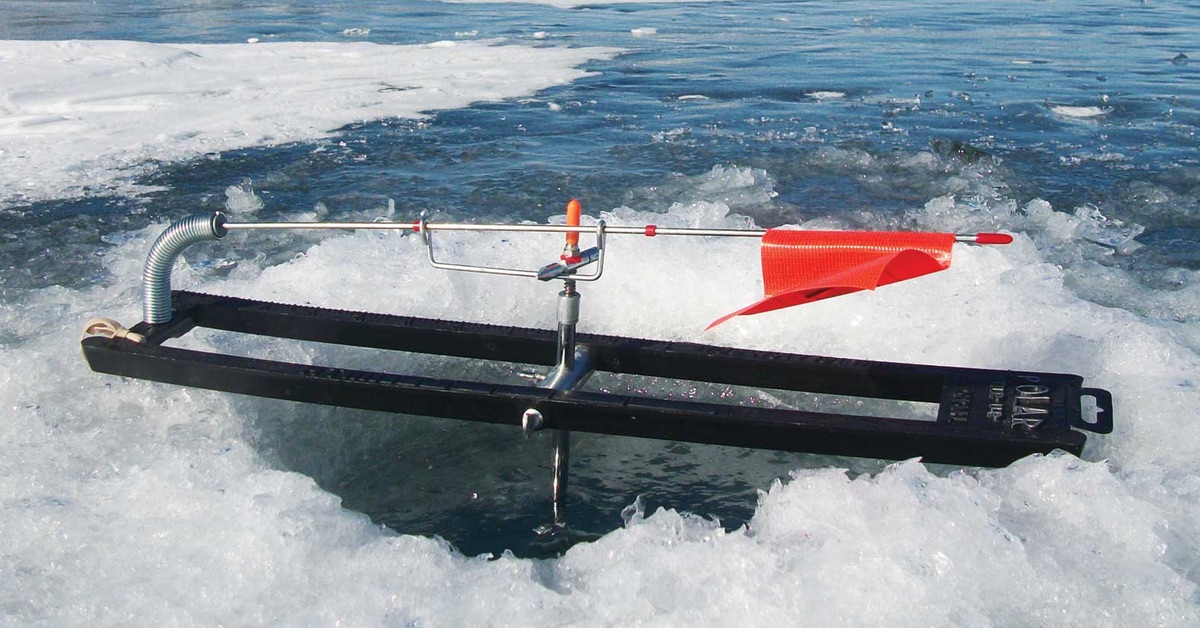 The best way to catch northern pike in winter is to use a tip-up rig. A tip-up rig is different than a rod-and-reel combination because there is no rod at all. Instead, a tip-up is an apparatus in which the reel is placed in the hole you drilled, and when a fish unspools line a signal flag “tips up.” Tip-ups can be purchased at virtually any bait shop or retail fishing outlet.

Once you have lowered your tip-up line into the water it is largely a waiting game. It is smart to check your sucker or shiner minnow every half hour or so, and even to jig it once in a while. Still, northern pike tip-up fishing is mostly waiting for a flag to pop up.

When fishing as part of a group, it makes sense to apply some strategy as to where you drill your holes and how deep to suspend your minnow in each hole. For example, if fishing a drop-off or you may want to place tip-ups at the 10-, 12- or 15-foot contour. Similarly, if you are fishing a point that extends into the lake you may want to set tip-ups at various depths along the point, starting in shallow and then drilling additional holes every 10 or 20 yards into deeper water. You must fish within 200 feet of your tip-ups.

Once a flag does fly, avoid the temptation to run toward it. Ice is slippery and there is no sense hurting yourself. Besides, northern pike often take a large minnow sideways in their mouth, swim with it for a while then turn the minnow head-first to swallow it. This feeding technique gives you plenty of time to get to the tip-up, grab hold of the line with your bare hands and gently sense what it is going on.

If the fish is still swimming at a good speed it is best to wait a while longer before setting the hook with a quick snap of the wrist and arm. If 15 seconds or more have passed and this fish is swimming slowly – or you simply feel a dead weight on the line - well, that’s is a good time to set the hook. It’s also possible that you’ll feel nothing at all. That means the fish has dropped your minnow.