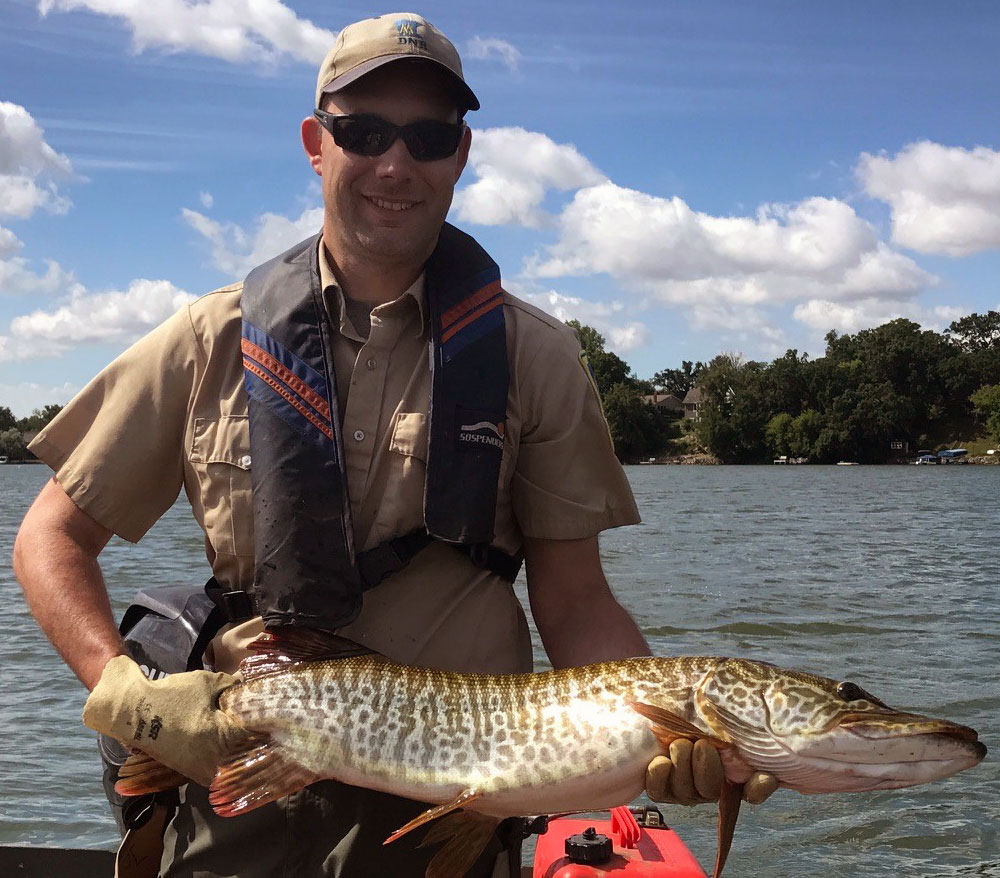 Anglers who fish in the Anoka, Dakota, Ramsey and Washington county area benefit from the management, habitat and oversight work of the Minnesota Department of Natural Resources' East Metro area fisheries staff.

Area Fisheries Supervisor T.J. DeBates and a staff of eight full-time and one part-time employee manage 90 fishing lakes and 146 miles of rivers and streams.

These waters include popular fishing destinations such as Forest and White Bear lakes and the Mississippi and St. Croix rivers.

Within a 19.5 mile reach from the Highview Avenue bridge in Eureka Township in Farmington to the posted boundary 1.1 miles downstream from the U.S. Highway 52 Bridge, including all tributaries to their source (Dakota County). Brown Trout: Catch-and-release only. Rainbow Trout: Regular statewide regulations apply. From Sept. 15 to Oct. 15, angling for Brown Trout and Rainbow Trout is allowed but catch-and-release only (all trout must be immediately released). The Vermillion River is not part of the Jan. 1 - April 15 catch-and-release season.