The study focused on three groups: Minnesota households, resident adult firearms deer hunters and livestock producers that operate in the 2019 wolf range. The main purpose of the study was to collect baseline information on these three groups’ attitudes and values for wolves and wolf management. Importantly, these data were collected using scientific survey methods, and are representative of the populations.

What was the study’s purpose?

The study’s aim was to obtain timely and accurate information on Minnesotans’ values, beliefs, and attitudes toward wolves and wolf management.

The study is based on questionnaires distributed to 9,750 individuals, including 5,250 residents, 2,000 deer hunters and 2,500 livestock producers. The results are compiled in a summary report and a more detailed 149-page full report.

What were the key survey topics?

The survey asked questions about individuals’ experiences with wolves, their interest in wolf management, their general attitudes toward wolves and reasons for valuing wolves. The survey also asked questions about their preference on wolf abundance, where wolves should exist or not exist, whether wolf hunting and trapping should be allowed and other wolf management preferences.

The study was designed to identify differences and similarities among the three groups.

What were the key findings?

Key findings were largely consistent with previous study results, which is to say Minnesotans continue to agree on some topics regarding wolves and wolf management and agree less on other topics.

Residents, on average, felt that they would like to see wolf numbers remain the same, and for wolves to occupy about the same amount of habitat in the state.

The survey found that 80 percent or more of livestock producers and deer hunters support establishing both a wolf hunting and wolf trapping season. That level of support is considerably higher than what the general public believes. Support among residents is split along ideological lines (41 percent support hunting, and 30 percent support trapping).

Another portion of the survey included questions about citizen trust in the DNR. A survey finding was that residents have the highest trust in the DNR and livestock producers in the wolf range the least. Deer hunters were in the middle.

Survey results at a glance 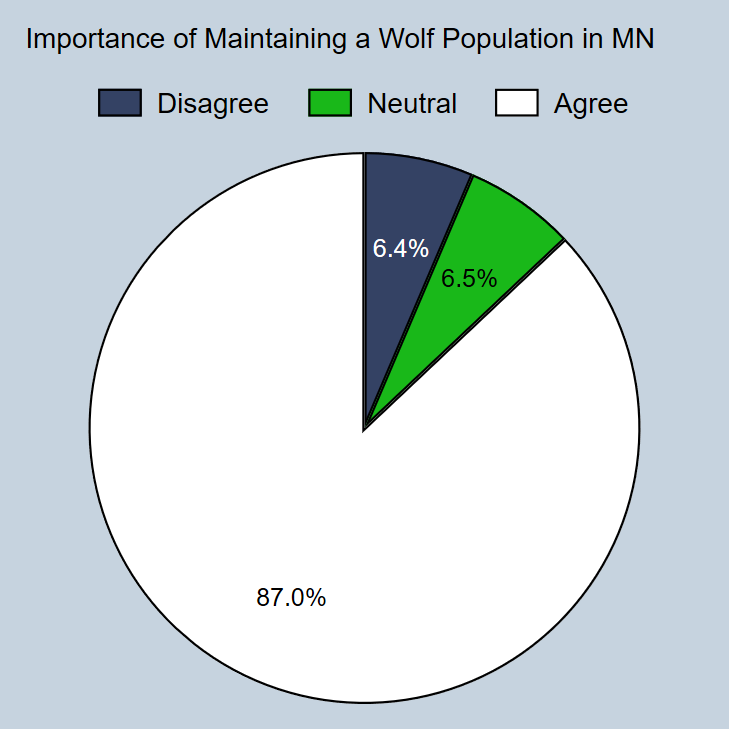 Percent of Minnesota residents who agreed or disagreed with the statement, “It is important to maintain a wolf population in Minnesota.” 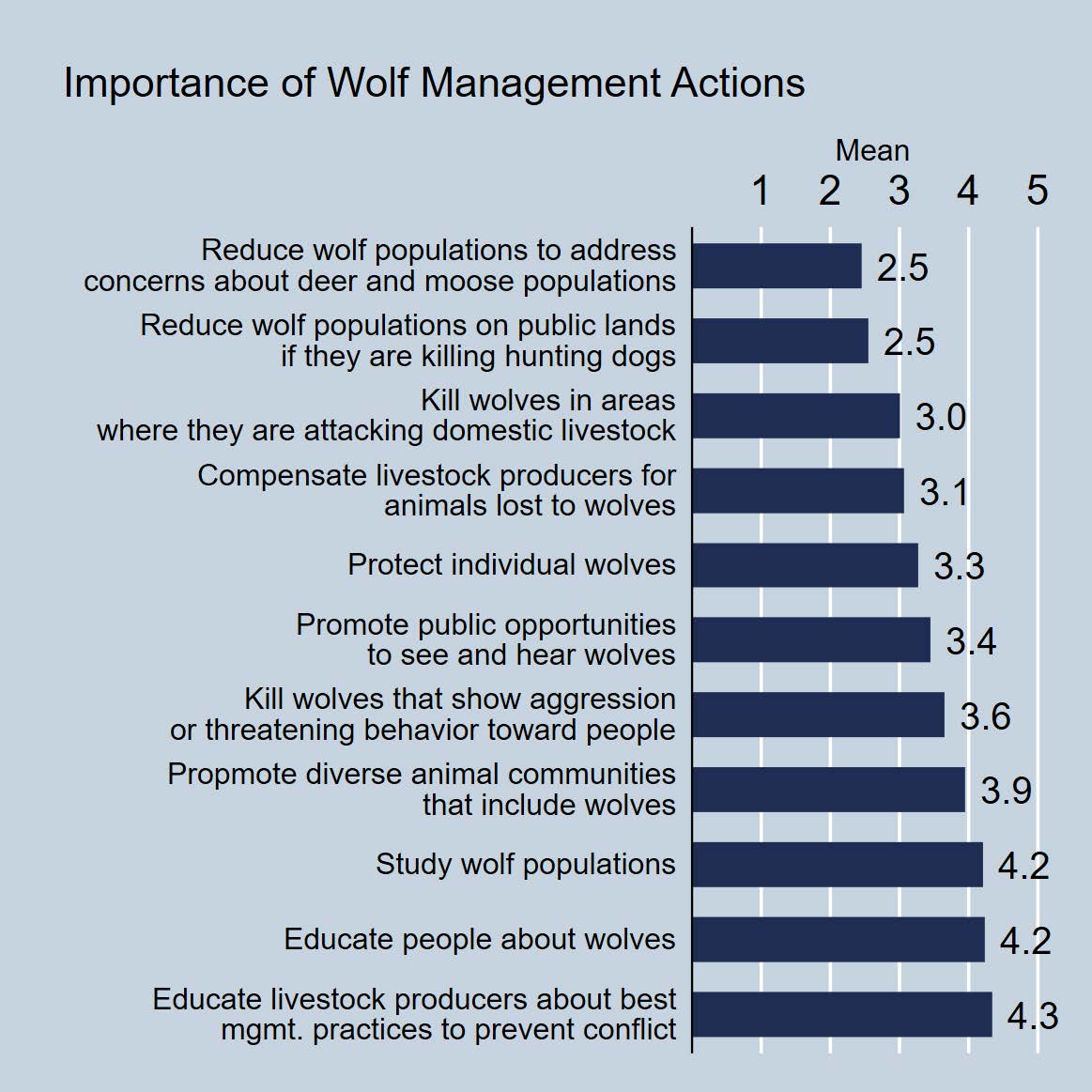 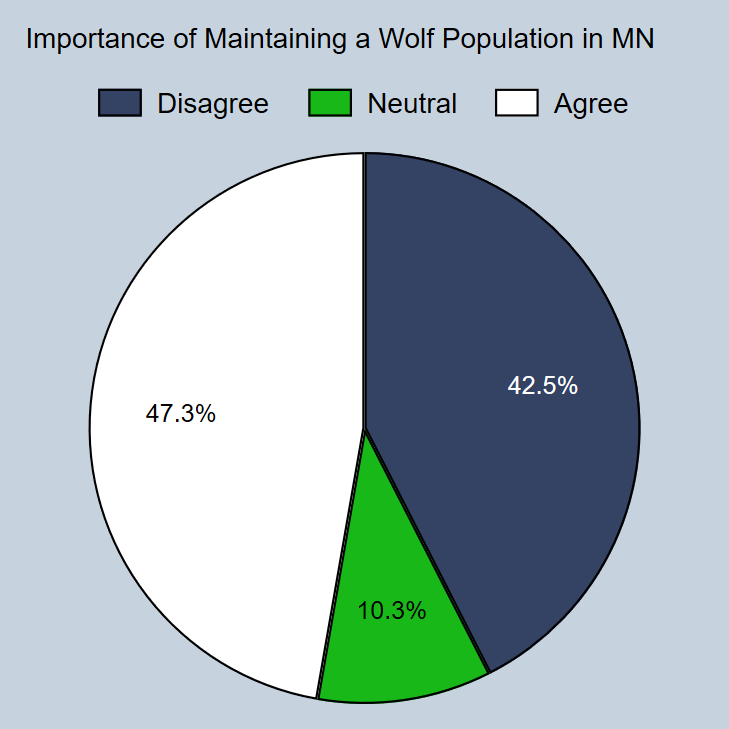 Percent of livestock producers who agreed or disagreed with the statement, “It is important to maintain a wolf population in Minnesota.” 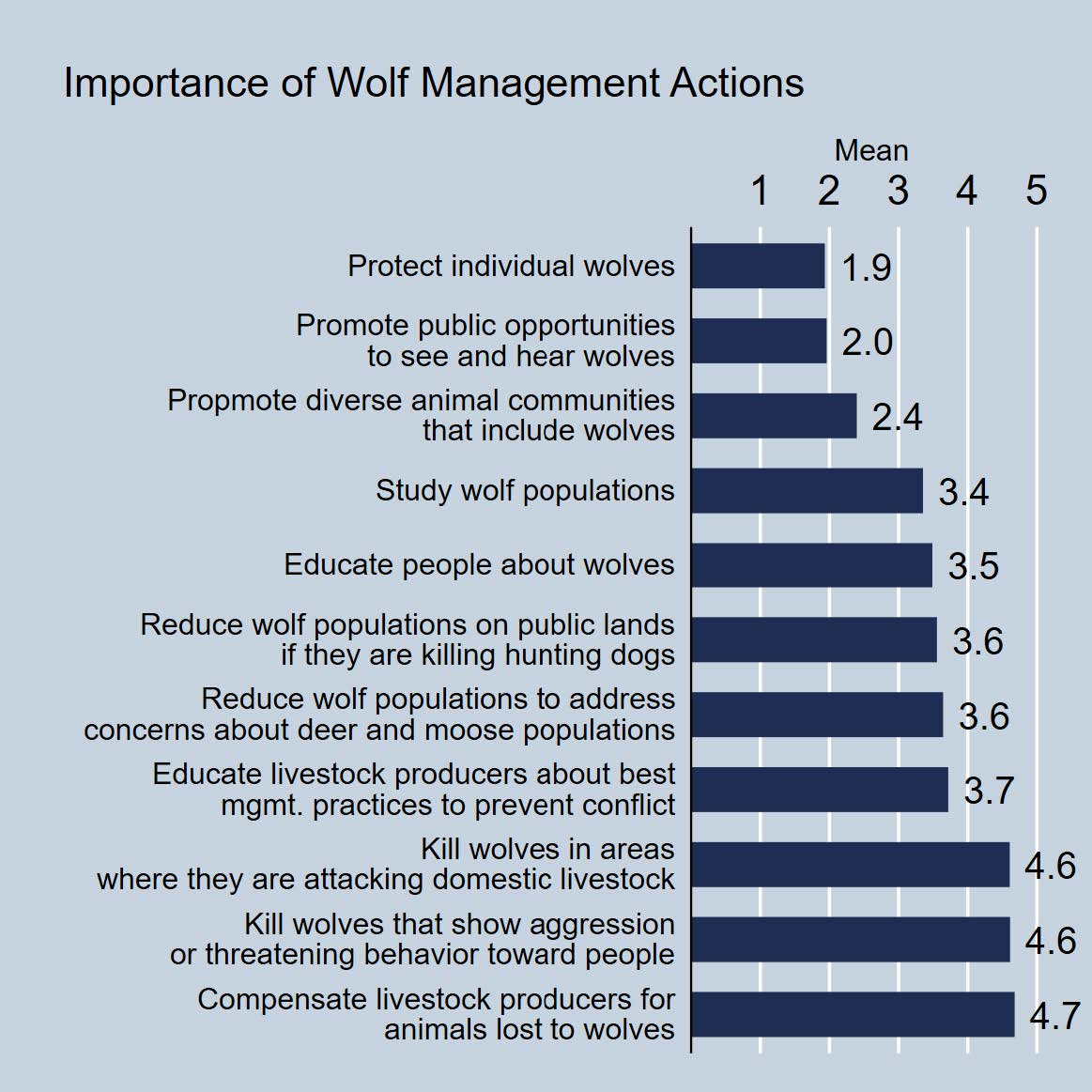 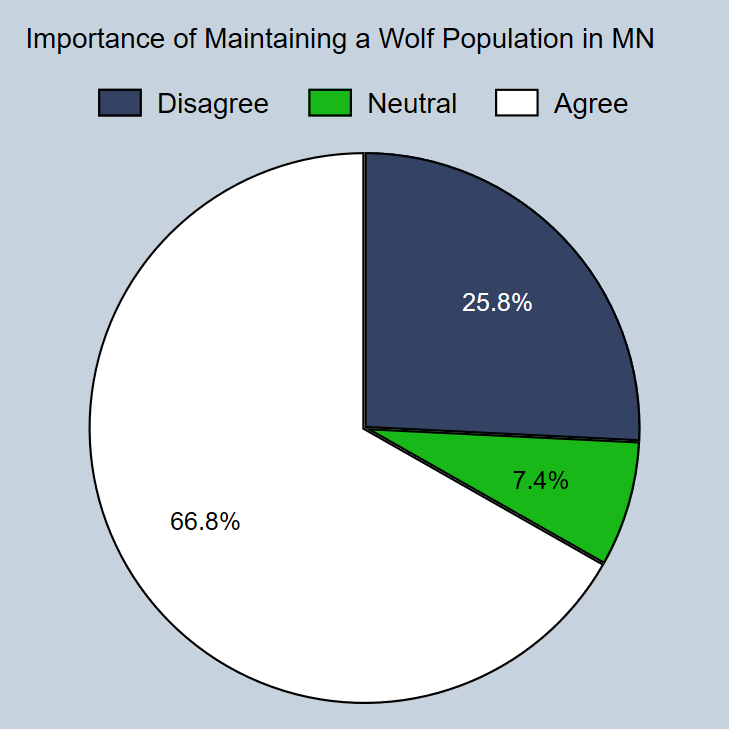 Percent of Minnesota hunters who agreed or disagreed with the statement, “It is important to maintain a wolf population in Minnesota.” 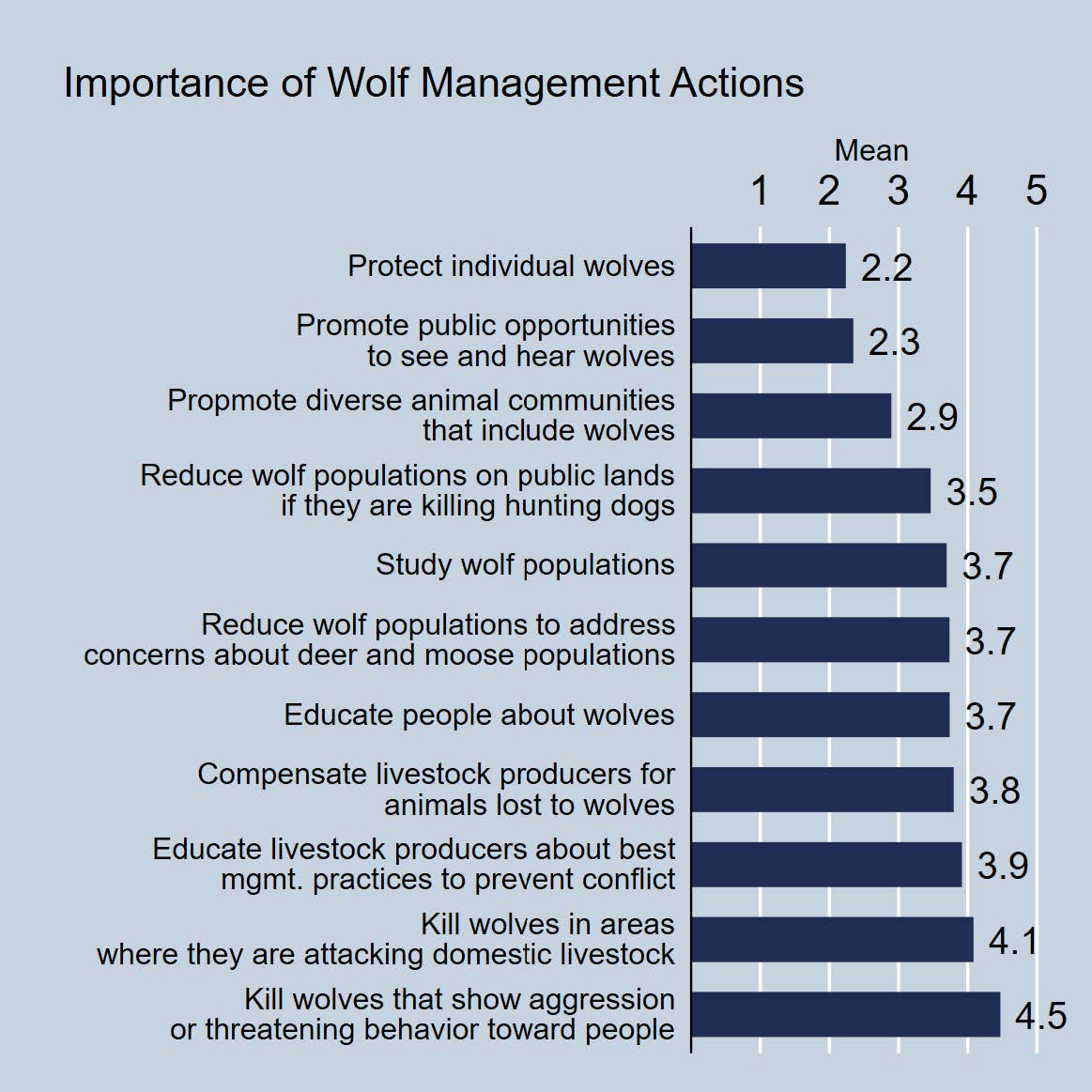 You can learn more about the methods used to collect these data, and the major findings by group. For a quicker read, check out the summary report. You can also review the 149-page full report.