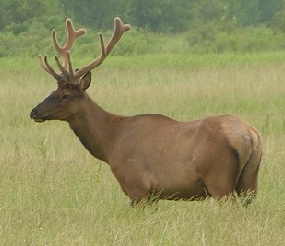 Elk, regal racks sprouting skyward and heads held high, once were a common sight in Minnesota.

With the exception of the coniferous forest of the northeast where Woodland caribou roamed, elk lived in Minnesota's hardwood forests and on its prairies.

Elk received complete protection from hunting in Minnesota in 1893. But settlement and hunting – both market and subsistence – pushed Minnesota's population toward statewide extinction by the early 1900s.

In 1913, the Legislature appropriated $5,000 to revive Minnesota's elk population. Animals from the western United States and part of a captive herd from Ramsey County were shipped to Itasca State Park and placed in an enclosure.

Efforts to sustain native elk were not successful, and Minnesota's last native animal was seen in the Northwest Angle in 1932.

Relocating 27 elk in 1935 from the captive herd at Itasca State Park to northwest Beltrami County near Grygla eventually produced a breeding population. It wasn't until the early 1980s that elk native to Manitoba crossed the Canadian border to calve and spend summers in Kittson and Roseau counties.

Support for Minnesota's elk population appears to be increasing. Yet elk are large animals that often cause crop and fence damage. DNR strives to find a balance between landowner/farmer tolerance and the public's desire for more animals.

See an elk, report it

Elk are being spotted outside their traditional range. If you see an elk, report it and help DNR wildlife managers better understand elk movement and distribution.

Individual elk are beginning to appear in a wider geographic area outside of far northwestern Minnesota. Make sure you know the difference between deer and elk in the field.

Elk are members of the deer family. They can weigh up to 900 pounds and stand 5 feet tall at the shoulder. Their coats are deep reddish brown in the summer, but their sides and back become light tan while their head, neck and legs become dark brown in the winter.

The breeding season (called the rut) begins in late September. Bulls compete for cows and gather them into harems.

Primarily at dusk and dawn, bulls grunt and make a low whistling sound called a bugle. This bugle is used to challenge other bulls, maintain their harems and stake out territory.

After the rut, elk gather into winter herds and will stay together until June when the cows go off to calve before rejoining the herd several weeks later. Mature bulls spend the summer in bachelor groups.

Elk are primarily grazers and prefer open brushlands and grasslands for foraging and forested areas for winter and security cover. Native elk habitat in Minnesota was abundant in the prairie and forest transition zones prior to European settlement and elk are a keystone species in the prairie environment. 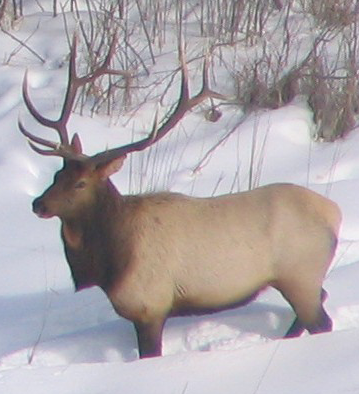 Ideal elk habitat in the current Minnesota elk range is comprised of a mixture of brushland and grassland with islands of forest within the Tallgrass Aspen Parkland biome. The mixed habitats in the elk range are also interspersed with significant agricultural lands, which has greatly impacted social acceptance of elk due to crop damage complaints.

The tallgrass aspen parklands are a mosaic of prairie grasses accented by groves of aspens or scattered bur oaks.

Trees are a rarity in the prairie grassland. Most of the historic prairie is now in agricultural lands, although patches of remnant prairie remain.

Elk food preferences vary with the time of year. Among natural foods, grasses and forbs comprise the bulk of the diet during the snow-free period. Woody browse is consumed during late fall and winter when herbaceous forage is less abundant or covered by deep snow.

Elk also use agricultural crops, particularly those adjacent to wild land where they can feed without venturing far from cover. Sunflowers, soybeans and oats are favored crops. Corn, wheat and barley also are eaten. Alfalfa is used during spring green-up and late in the fall. Baled alfalfa and grain are highly preferred winter foods where available, especially during winters with deep snow.

The elk range in northwestern Minnesota boasts tens of thousands of acres of public lands managed by the DNR, The Nature Conservancy, U.S. Fish and Wildlife Service and others. These lands stretch from the tallgrass aspen parklands west to the prairie grasslands. 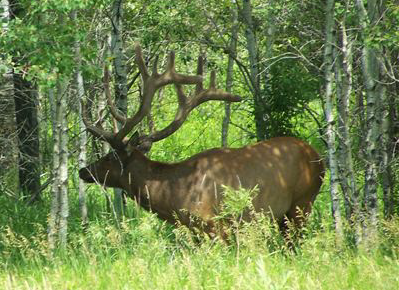 The most popular period to view elk is September through October during the elk breeding season or rut. Elk can frequently be spotted in openings, especially at dusk and dawn. They also can be tracked by listening for the bull mating call or bugle. Grassy meadows, forest edges near openings and food plots established for elk are key areas for viewing.

Hundreds of miles of hunter walking trails in area wildlife management areas provide opportunities to view and photograph hundreds of species of birds and other wildlife.

There are two herds that provide viewing opportunities in Kittson County.

The Kittson-Central herd: Animals roam about 10 miles north and east of Lancaster and can occasionally be seen from paved or gravel county roads or, better yet, more isolated township roads. Skull Lake WMA is east and north of Lancaster. It provides more than 7,000 acres of elk habitat and can provide good viewing opportunities from the vehicle or on foot, especially in the fall.

The Caribou-Vita herd: Animals often can be found on the eastern portions of Caribou WMA, which is about 15 miles north and east of Lancaster. Elk are year-round residents on this 13,700-acre unit. Elk can be viewed from the vehicle or by hiking into the WMA.

The Grygla elk herd: Animals may be spotted along the west side of County Road 54 four miles north of Grygla where food plot fields were planted specifically for the elk. They can also be found along Minnesota Highway 89 about six miles west and north of Grygla.

Go on a hunt 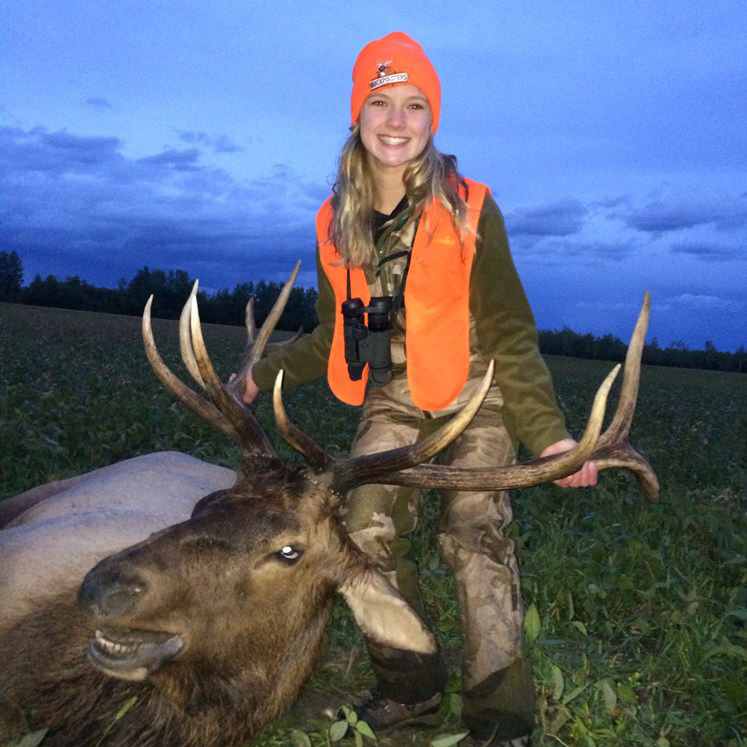 Hunting elk in Minnesota is a once-in-a-lifetime opportunity, and Minnesota's herds have drawn nationwide attention for their trophy-sized bulls.

Generally, bull or either-sex seasons have been conducted in September. Antlerless hunts have been scheduled later in the fall and into winter.

Hunters can explore hundreds of miles of hunter walking trails on a variety of state WMA's. These areas provide excellent opportunities to hunt ruffed and sharp-tailed grouse.

Elk movements and habitat use 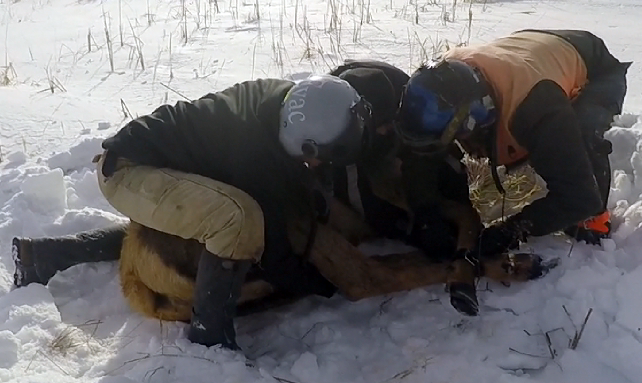 Wildlife researchers from DNR and Minnesota State University-Mankato began tracking elk movements in February 2016 by quickly capturing 20 female elk in northwestern Minnesota and fitting each with a GPS collar. The collars record an elk's location every 4-6 hours and send those coordinates to a satellite, which emails the information to researchers on the ground.

During key biological periods, such as when calves are born, locations of elk will be taken every hour.

The collars also have a VHF module to actively track animals when necessary. A smaller temperature logging module will transmit the air temperature with GPS location data, allowing researchers to track what type of habitat elk seek at certain temperatures.

Once researchers know where elk are, aerial photographs will be taken to show the ground cover elk prefer at different times of the year and different biological periods.

Researchers will collect data through June 2018, providing a two-year look at elk movements and habitat use that will allow DNR to:

Project funding comes from the Minnesota Environment and Natural Resources Trust Fund as recommended by the Legislative-Citizen Commission on Minnesota Resources and approved by the Minnesota Legislature. DNR and the Rocky Mountain Elk Foundation also provided funding. 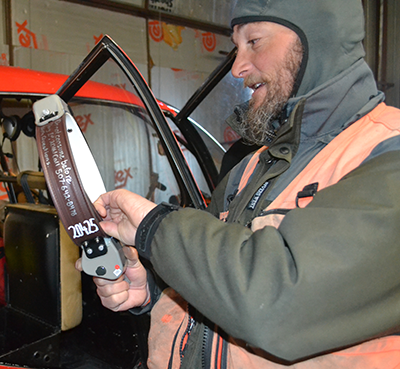 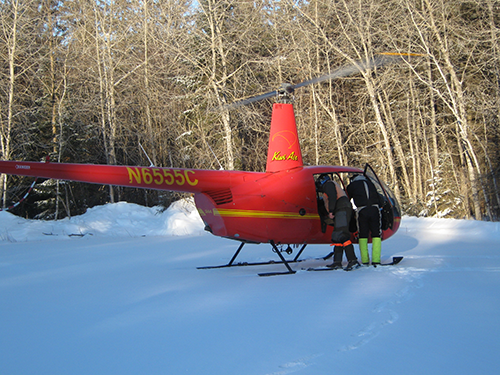