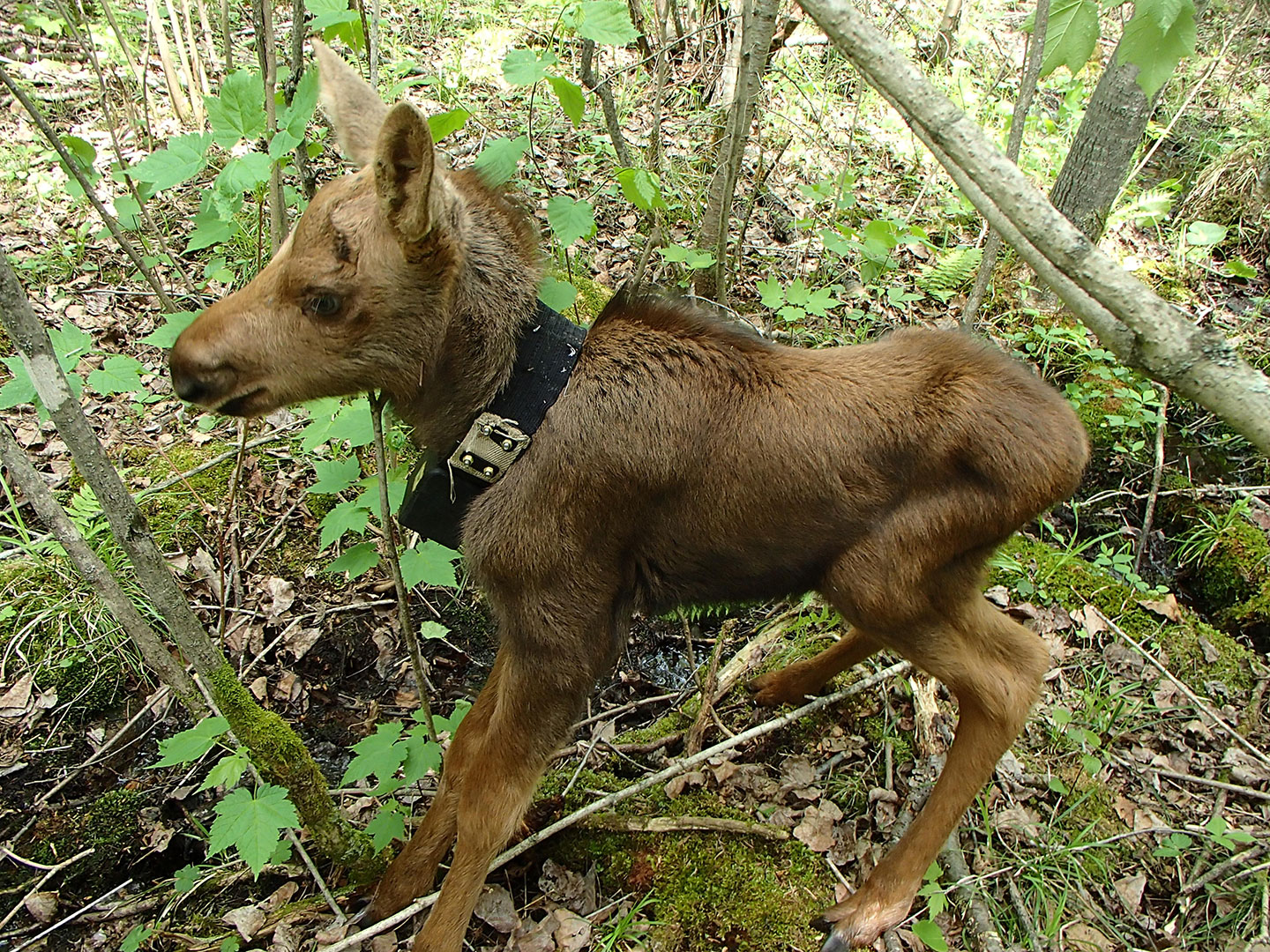 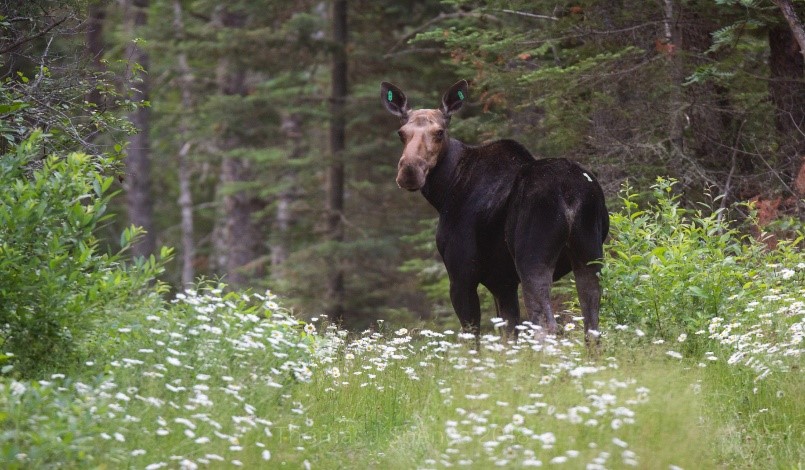 The DNR's management challenge is to increase the number of newborn moose calves that survive to become productive adult females.

Generally, this study has been focused on:

To accomplish these objectives, scientists fitted newborn calves with cutting-edge global positioning system (GPS) collars for the very first time worldwide. Having their mothers also fitted with GPS collars, and both collecting locations every hour synchronously for the first two years of the study, allowed researchers to learn so much about maternal movement behavior and patterns relative to their calves, that they were able to continue collecting valuable data for an additional two years without collars being fitted to newborn calves.

Highlights of our findings

Information collected as part of this study is essential to a management understanding that may help stabilize or reverse Minnesota's declining moose population. Click on the topics below for more details on the study's methods and findings.

Fertility
During the four-year study, fertility of adult females was robust, reflected by an average pregnancy rate of 83 percent, which is indicative of good nutritional body condition of most adult females entering the fall breeding season.
Calf production
Average calf production during our study (1,603 calves) was 58 percent lower compared to average calf production during 2006 to 2009 (3,789 calves), just before the moose population sharply declined (2009 to 2012). This was due primarily to the notably lower number of adult females on the landscape in northeastern Minnesota that could get pregnant.
Calf survival
Causes of mortality
Calving habitat
Additional important findings