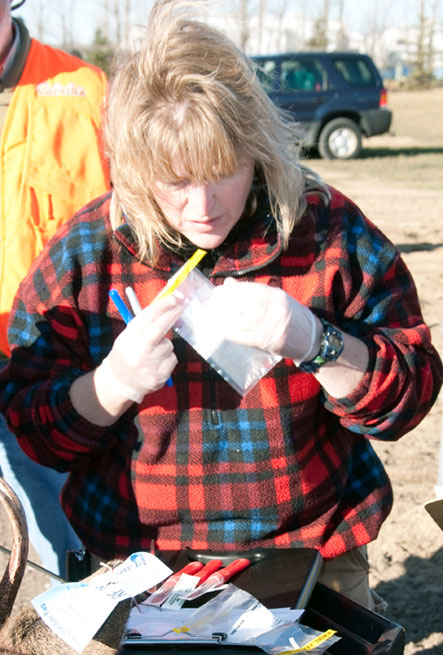 Eight years of monitoring and aggressive management of wild deer allowed DNR's wildlife health program to accomplish what many believed was not possible: effectively eliminate bovine tuberculosis in wild deer by reducing the disease's incidence to an undetectable level.

In 2005, bovine TB was first discovered in area cattle operations and wild deer near Skime in northwestern Minnesota. The discovery led to aggressive disease management actions designed to eliminate as many deer as possible from a 164-square-mile disease management zone. Reducing the area's deer population as close to zero as possible was necessary to control disease transmission to other deer and area livestock.

DNR halted sampling of hunter-harvested deer for the disease after the 2012 season, which marked the third consecutive year that no deer tested positive for bovine TB. Conservative deer hunting regulations were implemented in following years to rebuild the area's deer population.

Minnesota's disease management work set an international example on how to successfully respond to, manage and control a disease outbreak that significantly impacted wildlife and domestic cattle.

Bovine TB is a progressive, chronic bacterial disease that affects primarily cattle, but also deer. The disease compromises the immune system and can lead to death from related causes.

If left unchecked, the disease likely would have spread and established itself within the deer population. The result would have been a permanent risk of continuous deer-to-deer or deer-to-livestock transmission of the bovine TB in an ever-enlarging area.