Goal setting for 2022 is complete. View the new goals established for 28 deer permit areas. Below you'll find informational resources on goal setting as well as DNR reports, presentations and recommendations for each goal-setting block.

What is a goal?

The DNR sets deer population goals – how much of an increase or decrease is desired in a deer population in a particular deer permit area – as part of managing the state’s wild deer.

Deer population goals are updated in 15 regional goal-setting blocks comprised of multiple deer permit areas. The population goals established in each block provide direction for long-term management during the next 10 years, with a formal review every five years to assess if the goals are still headed in the right direction.

Goal-setting blocks and the DPAs that comprise them are established based on similar habitat, land uses, deer populations and deer hunter distribution. Discussing goals by blocks of DPAs informs management by grouping similar characteristics on which management decisions are based within specific areas.

These goals serve as reference points each year when DNR sets the deer hunting designation of each DPA. During that process, the DNR assesses whether the deer population in that DPA is above, below or at goal and sets bag limits and other regulations that will move the deer population toward that desired goal. 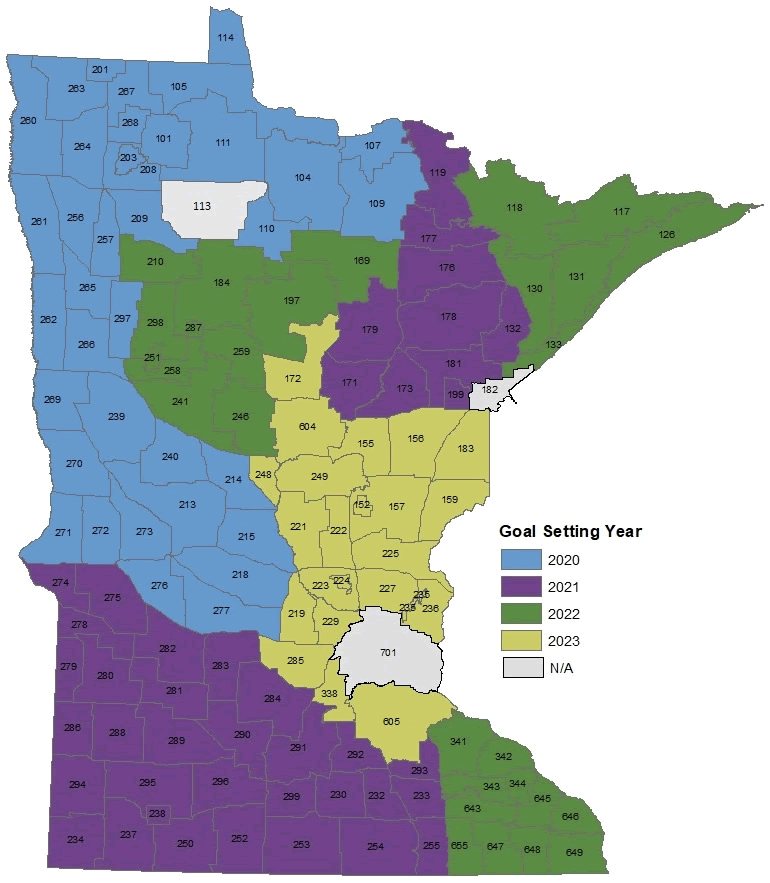 Information about deer population goals established for other goal-setting blocks in previous years can be found on the history page.

Exploded view of the Superior Uplands goal-setting block in the Arrowhead region of northeastern Minnesota. The block's DPAs are numbered on the map.

Block summary: Low deer and hunter densities characterize this block of DPAs. Severe winters, wolf predation and limited winter habitat have contributed to declines in deer numbers in this region. Most of this block is in primary moose range, where moose are the priority for big game management (deer are the primary host of a parasite that is a significant cause of mortality in moose). According to the hunter and landowner surveys, non-hunting landowners prefer to keep deer populations stable while deer hunters prefer increases in the population. Hunter survey results are consistent with voiced hunter concerns that deer populations are too low.

Exploded view of the North Central Plains Moraines goal-setting block in north central Minnesota. The block's DPAs are numbered on the map.

Block summary: Although deer populations are variable across this block, generally deer habitat and numbers increase as you move west from east. Harvest has been slightly declining since 2017, although harvest numbers for the past two years indicate a stable population. Permit areas 184, 197, 210 and portions of 169 were designated as a chronic wasting disease surveillance zone in 2020 due to the detection of a CWD-positive deer farm. To date, no wild deer have tested positive for CWD in these areas. Non-hunting landowners prefer to keep deer populations stable while deer hunters prefer slight increases in the population. 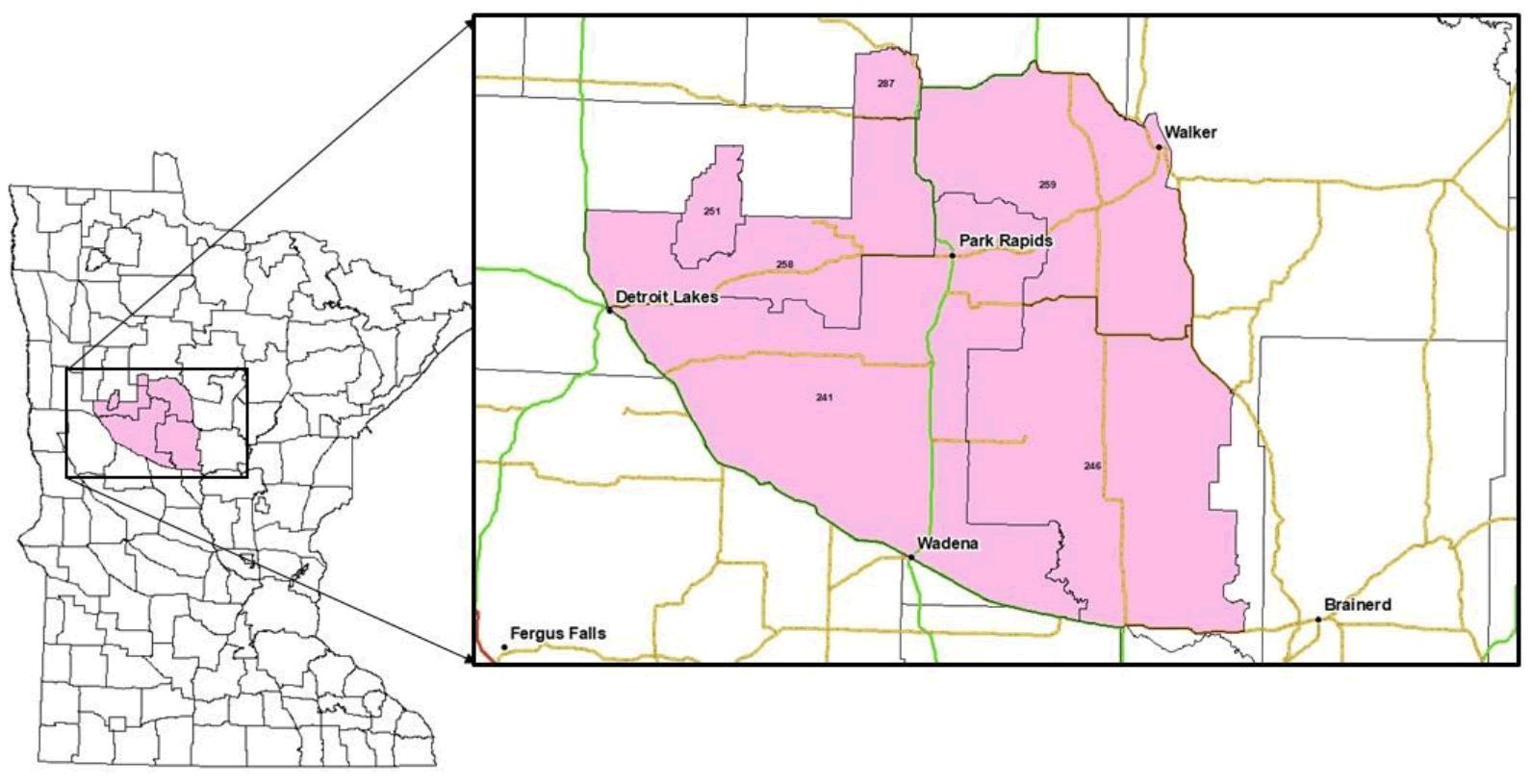 Exploded view of the Pine Moraines goal-setting block in north central Minnesota. The block's DPAs are numbered on the map.

Block summary: A good mix of forest cover and open habitat ideal for deer populations characterize this block of DPAs. Populations have been relatively stable in this block during the past five years. Deer damage to crops can sometimes be an issue here with 29% of agricultural landowners reporting deer damage in the landowner survey. Overall, hunters would prefer slight increases in deer numbers whereas non-hunting landowners prefer stable populations.

Exploded view of the Blufflands Plateau goal-setting block in southeastern Minnesota. The block's DPAs are numbered on the map.

Block summary: These DPAs are composed of some of the best deer habitat in the state and, likewise, deer populations here are very productive. Harvest numbers and success rates have been increasing in this block since 2014. Agricultural damage can be an issue in this goal block with 36% of agricultural landowners reporting deer damage in the landowner survey. Most deer hunters and landowners responding to the goal setting survey think the deer populations are about right. All of the permit areas in this block are part of a chronic wasting disease surveillance, control or management zone. Disease management is a priority in these areas and was taken into account when recommending draft goals.